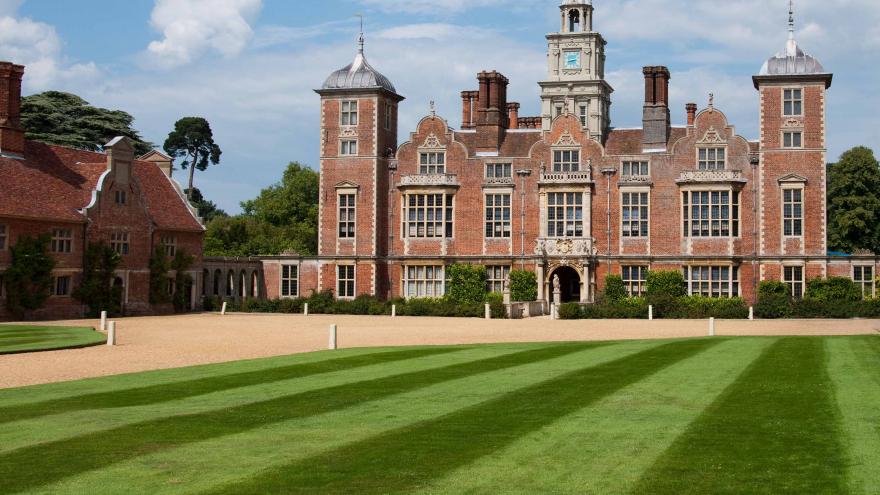 (CNN) -- An army of tiny, parasitic wasps will be unleashed inside the English stately home where Anne Boleyn was born, in order to hunt out and eradicate moths that threaten the mansion's furniture and artifacts.

Blickling Hall in Norfolk, eastern England, has been unable to contain an invasion of clothes moths, which can be damaging to the carpets, furniture, clothing and other wool and silk objects inside the historic home.

But managers believe the critters will meet their match when they introduce a number of microscopic, parasitic wasps into the building.

The wasps -- Trichogramma evanescens -- measure about 0.5 millimeters and are barely visible to humans.

They will search out moth eggs and lay their own eggs inside them, so a new wasp hatches instead of a moth larva.

Once their mission is complete, the wasps will eventually die and disappear into house dust, say property managers, who believe the pest control attempt is the first of its kind inside a heritage setting.

"We are really hoping this pioneering approach will provide a practical and sustainable method that any of our properties can use to deal with serious infestations," National Trust assistant conservator Hilary Jarvis said in a statement.

"Although these are rare, (the moths) can sometimes prove immune to our usual, more gentle approaches, with potentially serious results."

The Trust, which runs the property, said the wasps will be supplied in small card dispensers which can be "discreetly hung or placed in drawers or open rooms."

His granddaughter, Anne Boleyn, is believed to have been born in the home. She went on to become Henry VIII's ill-fated second wife, giving birth to the future Queen Elizabeth I and later being put to death by beheading after failing to deliver the ruler a son.

It now welcomes visitors, but is closed during England's third national coronavirus lockdown.

"When we closed all of our houses, we knew insects would likely thrive, so pest monitoring was high on our list of essential tasks in 2020," Jarvis said, also citing Britain's mild winter as a reason for the growth in moth numbers.