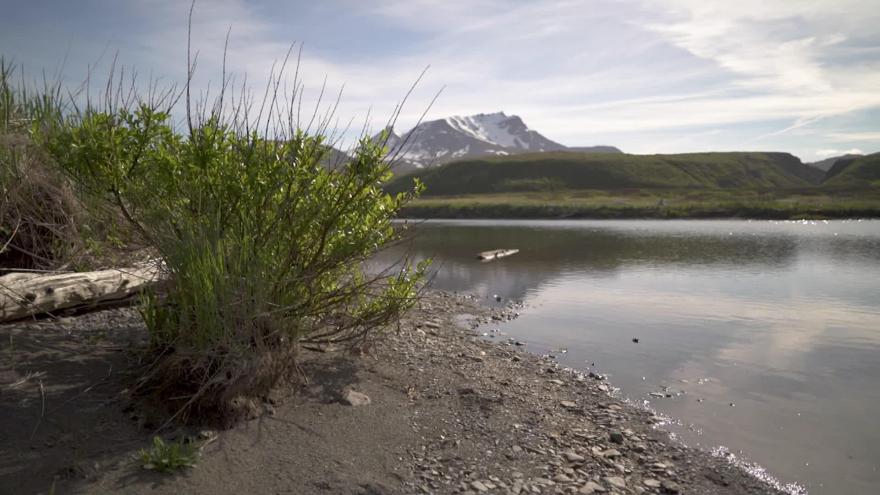 The mining project was halted in 2014 after the EPA invoked a rarely used provision of the Clean Water Act that effectively banned mining in areas near Bristol Bay.

(CNN) -- After a battle that spanned nearly 20 years and cost a Canadian mining company close to a billion dollars, the US Army Corps of Engineers has decided to deny a permit to blast open Pebble Mine near the salmon-rich headwaters of Bristol Bay, Alaska.

Northern Dynasty Minerals' plan to create the biggest gold, copper and molybdenum mine in North America "does not comply with Clean Water Act guidelines" and "is contrary to the public interest," US Army Corps of Engineers Alaska Commander Col. Damon Delarosa said in a statement Wednesday.

The company called the decision "politically motivated," pointing to a prior, favorable Environmental Impact Statement from the Army Corps.

"At a time when the United States has declared a 'national emergency' due to its over-reliance on foreign producers for critical minerals required to ensure the country's future economic and military security, it is unconscionable to determine that permitting and development of one of the greatest accumulations of strategic and critical minerals ever discovered on American soil is 'not in the public interest,' " Northern Dynasty President and CEO Ron Thiessen said in a statement.

While Northern Dynasty vows to appeal, the decision is a huge win for the Alaskan tribes, fishermen and nature lovers who feared that toxic waste from the mine -- as well as the roads, ports and pipelines needed to support it -- could spoil the pristine spawning grounds of Bristol Bay. Over two billion salmon have been caught there since record keeping began.

"Sometimes a project is so bad, so indefensible, that the politics fall to the wayside and we get the right decision. That is what happened today," said Tim Bristol, executive director of SalmonState. "But denial of a permit does not mean Bristol Bay is safe from the threat of the Pebble Mine. The critical next step is to reestablish the Clean Water Act protections. This can and should be an early priority for the Biden Administration."

Although the Trump administration has rolled back water and wildlife protections at an unprecedented rate, Donald Trump Jr. and Fox News host Tucker Carlson were among the Pebble Mine opponents in a fight that, at times, pitted Republicans against Republicans.

Alaska GOP Sen. Lisa Murkowski said in a statement Wednesday that the Army Corps' formal rejection of a permit was the "right decision, reached the right way."

Murkowski and fellow Alaska Sen. Dan Sullivan wrote a letter to Thiessen this week laying out their opposition and demanding that Northern Dynasty's mitigation plans be made public.

"A significant portion of the public has lost trust in what its executives actually plan to do," they wrote.

But the biggest blow to Northern Dynasty's plans came when environmental watchdogs posing as Chinese investors secretly recorded the "Pebble Tapes," in which top executives were caught describing in detail their cozy influence over US lawmakers and regulators.

"I mean we can talk to the chief of staff of the White House any time we want, but you want to be careful with all this because it's all recorded," Thiessen was recorded saying. "You don't want to be seen to be trying to exercise undue influence."

The series of calls recorded by the nonprofit Environmental Investigation Agency since August were a bombshell of embarrassment for Alaska's most powerful politicians as Thiessen and Tom Collier, the former CEO of American subsidiary Pebble Limited Partnership, were heard boasting of the sway they hold.

"The governor I count as a friend," Collier says of Alaska Republican Mike Dunleavy. "I did, in my home, the largest private fundraiser for the governor when he was running for office, and it's not unusual for the governor to call me."

Thiessen also described how Pebble uses Dunleavy as a back channel to the White House to avoid public scrutiny and how friendly insiders at the Army Corps of Engineers help them game the complex permit process. "Typically, with the Army Corps of Engineers, if there's something that's going to be out of the ordinary, they try and get us that information as soon as possible," Thiessen said.

Dunleavy's office would later say that the "individuals in those videos embellished their relationships with state and federal officials at all levels," while officials at the Army Corps of Engineers said the tapes did not accurately represent their interactions with Pebble executives.

"We strived for transparency, collaboration, accuracy and expediency throughout the decision-making process," Delarosa said in Wednesday's statement.

The Pebble Tapes brought the harshest rebuttals from Alaska's two GOP senators, Lisa Murkowski and Dan Sullivan, portrayed on the tapes as political animals who secretly approved of Pebble Mine.

"Senator Murkowski, she's very political," Thiessen says in one tape. "She, in her heart, wants the project to go ahead. She will say things that appeal to sometimes people's emotions but that won't do any damage to the project overall."

Collier also claimed both senators "are just sort of sitting over in a corner and being quiet," embarrassed by their confusion over a July letter from the Army Corps of Engineers which seemed to cast the mine in doubt.

In a strongly worded statement issued in September, Murkowski said she was "dead set on a high bar for large-scale resource development in the Bristol Bay watershed. The reality of this situation is the Pebble project has not met that bar, and a permit cannot be issued to it."

Northern Dynasty apologized "to all Alaskans" after the Pebble Tapes went public, while announcing the resignation of Collier, who would have earned a $12 million bonus if the mine were permitted.

"We intend to keep fighting until this project is vetoed under the Clean Water Act," said Drew Hamilton, a former Alaska state biologist, bear-watching guide and founder of Friends of McNeil River. "When permanent protections for Bristol Bay are in place, the people, wildlife, and businesses of Bristol Bay will have something to be truly thankful for."