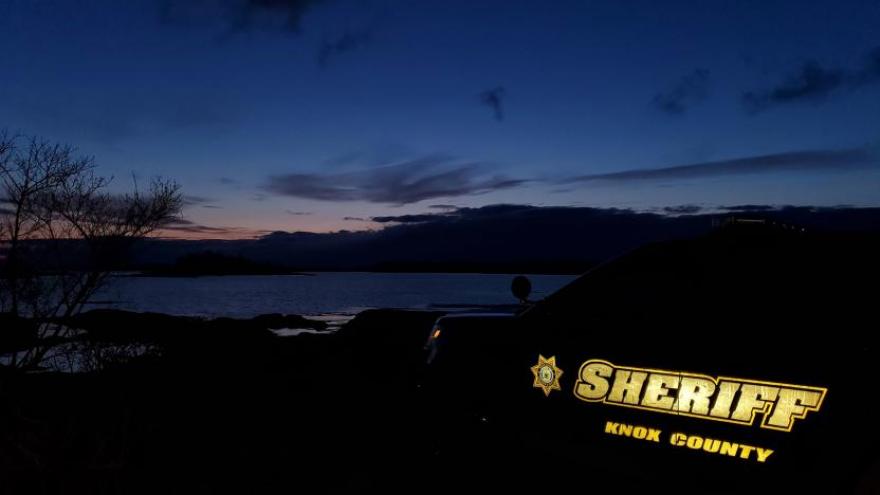 The incident happened to a man from New Jersey who was staying with roommates on an island in Maine.

(CNN) -- A Maine man said armed neighbors descended on his home and chopped down a tree to block his road and prevent him from leaving because they believed he may have coronavirus.

The Vinalhaven resident said he went outside Friday to check why his cable service wasn't working and found a tree blocking the end of his road, according to the Knox County Sheriff's Office.

"While investigating the downed tree, a neighbor started yelling at him and a group of people showed up and began to gather around. Believing the group may be there to harm him, (he) fled to his residence and told his roommates what he had found," the sheriff's office said on Facebook.

The three roommates stayed in the home, where they used a VHF radio to contact the Coast Guard for assistance and a drone to monitor the group's activity, the sheriff's office said. Vinalhaven is an island town.

When law enforcement arrived, the group had fled and it was "apparent" that a tree had been cut down and dragged to block the road, the sheriff's office said.

Officers learned that some residents believed the roommates needed to be quarantined. None of the roommates, who were from New Jersey and were renting a home in Vinalhaven while working a construction job since September, showed symptoms consistent with Covid-19, deputies said.

The residents had been on the island for nearly a month before the incident took place.

State Rep. Genevieve McDonald, who represents the island, said on Facebook the incident "is not something to be celebrated."

After a verbal altercation with a few locals who targeted the roommates because of their New Jersey license plate, "a group of local vigilantes decided to take matters into their own hands," McDonald said.

"Now is not the time to develop or encourage an 'us vs. them' mentality," she added. "Targeting people because of their license plates will not serve any of us well," McDonald said.

"Except for in the most extreme circumstances, we do not have the authority to control the movement of US citizens within our borders, and frankly, I'm concerned about the number of people who are eager to hand their rights over to the government."

The Knox County Sheriff's Office warned that restricting a person's movement is a "potential violation of the law," and anyone who suspects someone is infected with the coronavirus and isn't following the rules should contact police.