Arizona police dog was shot and killed by a fleeing suspect 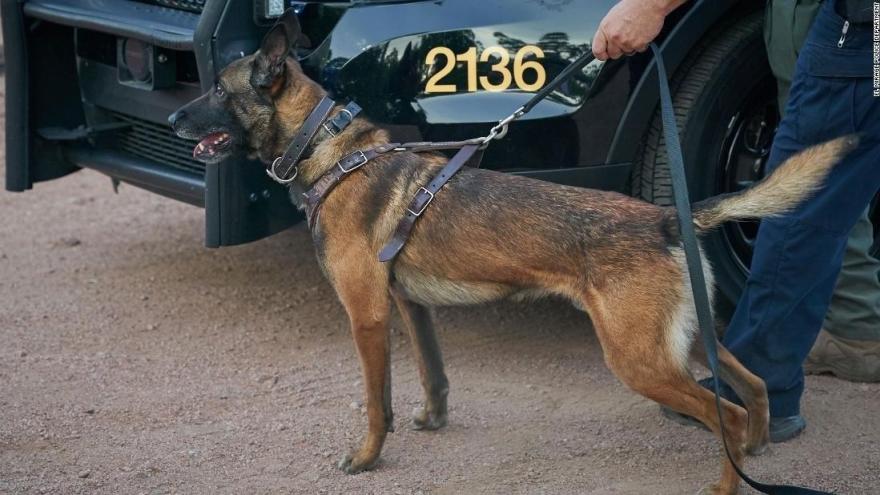 Koki was killed while attempting to apprehend a suspect. police said.

(CNN) -- An Arizona police department is mourning the loss of a canine colleague who was shot and killed by a fleeing suspect on Friday night.

Koki, was a member of the El Mirage Police Department, which announced his death on Facebook.

"It is with a heavy heart that I announce the passing of our K9 Koki who was killed in the line of duty tonight protecting other officers from harm. He will be greatly missed," Chief Paul Marzocca said in the post.

Ruelas was running from police with a handgun when Koki's handler released him to chase the suspect, KNXV said. Ruelas then turned and shot Koki, police told KNXV.

Authorities later found Ruelas dead in a home. Police said he killed himself, according to KNXV.

Community members gathered at a vigil for the fallen dog Saturday night at the El Mirage Police Department.

The department posted a tribute video to Koki on its Facebook page with photos of the dog in department training, meeting community children and performing his daily duties.

"It was an honor to serve you," the video says. "Thank you for your service, Koki."