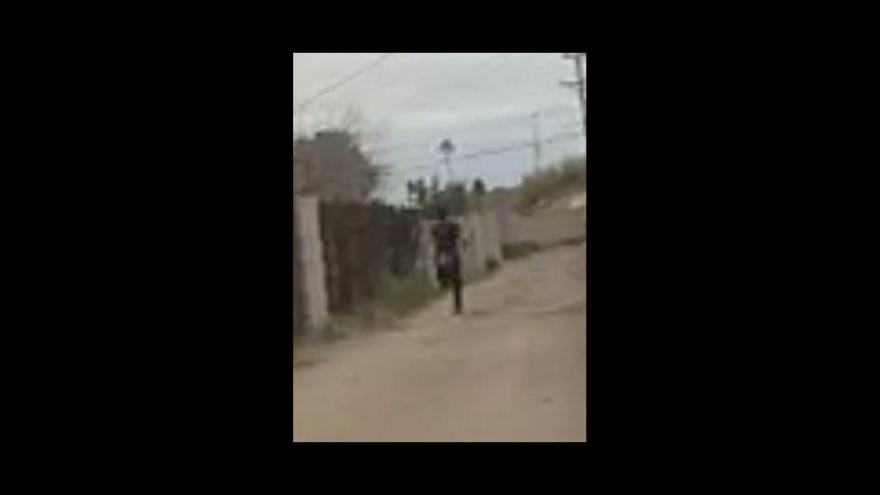 Video from the body camera worn by the officer shows the 14-year-old running away before he was shot.

(CNN) -- A Tempe, Arizona, police officer who shot and killed a 14-year-old boy who was holding a replica gun will not be charged in the death, a prosecutor said Friday.

"I do not believe the evidence in this case supports a likelihood of conviction at trial and this office will not be filing criminal charges in this matter," said Maricopa County Attorney Allister Adel.

Antonio Arce was shot in January 2019 as he ran down an alley. Tempe police issued body-camera footage of the incident involving the teen and Officer Joseph Jaen.

Jaen was responding to a call from a citizen who reported a suspicious vehicle. In the alley, he approached a parked gray Chevy pickup that was apparently involved in a burglary, Tempe Police Chief Sylvia Moir said last year.

The video shows the officer taking cover behind a trash can while the teen exits the truck. The officer is heard calling for the teen to put his hands up as the boy runs away.

"He's got a handgun," Jaen is heard saying on the footage.

The video shows the teen run almost to the end of the alley, then the officer fires two shots. Authorities said that Jaen perceived a threat because the teen turned and faced the officer, CNN affiliate KNXV reported in 2019.

Adel told reporters Friday that the officer did not see the boy as holding a replica. Rather, the prosecutor said, Jaen believed it to be a weapon.

The video only shows the teen running away from the officer and does not appear to show him turn.

The gun held by the boy was a replica 1911 airsoft gun that the teen had just stolen from the truck, Moir said, adding he had other stolen items on him.

'A question that needs to be asked'

When the body cam video was released in 2019, the boy's relatives were in shock, an attorney for his family told CNN affiliate KPHO.

"We're in the process of trying to figure out what happened. The video is but one piece," Danny Ortega said.

The distance between the officer and the boy when he was shot seems to be significant, Ortega said, noting that the family went to the police station and asked to see the footage.

"It was a long distance," the attorney said. "How this young man could have presented a threat at that far a distance is a question that needs to be asked."

Jaen, a 14-year veteran of the Tempe police force, was placed on administrative leave pending criminal and administrative investigations. He was in the National Guard from 2007 to 2013, serving in Iraq in 2011.