Arizona company piled up bodies and dismembered limbs instead of using them for research, lawsuit says 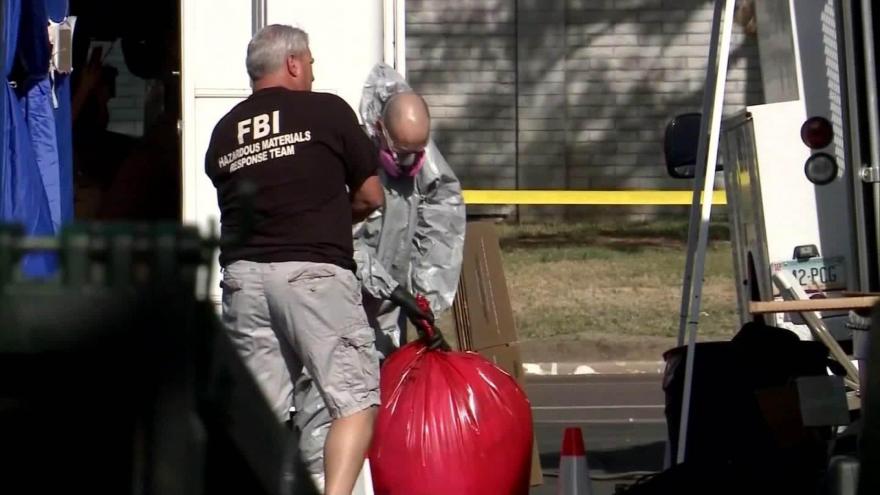 **Embargo: Phoenix, AZ** Arizona company piled up bodies and dismembered limbs instead of using them for research, lawsuit says

(CNN) -- The families thought they were donating the bodies of their loved ones to a company that would send them to medical researchers to help find cures for diseases like Alzheimer's and Parkinson's.

But when federal authorities raided the Arizona facility of the Biological Resource Center in January 2014, they made a horrific discovery: bodies piled atop one another, buckets full of body parts and other unsettling scenes, details that came to light recently when a former FBI agent gave a statement for a lawsuit.

Thirty-five relatives of people whose bodies were supposed to be donated for science research between 2010 and 2014 have sued officials who worked at Biological Resource Center in Maricopa County or its facility in Illinois.

The grim discoveries were detailed in a civil lawsuit which was first filed in 2015, has been amended several times and is headed for trial this fall in a Phoenix court. It alleges officials deceived relatives who donated the remains of their loved ones and the company conspired to traffic bodies and body parts for profit.

In a statement given in May, Mark Cwynar, who was an assistant special agent in the FBI's Phoenix office, testified that during the raid he saw body parts stacked in all parts of the facility, including many in freezers, without any tags identifying them. He says he saw a bucket full of heads, arms and legs.

One torso had its head removed and a smaller head was attached in a " 'Frankenstein' manner," he says. The torso was hung from a wall, the lawsuit said.

The relatives suing the company allege it would "mutilate and desecrate those bodies so they could sell the bodies and body parts for profit to enrich themselves."

The lawsuit says plaintiffs checked a box on a form that said, "No, I do not authorize Biological Resource Center to use this bequest for such special non-medical projects," only to find out years later bodies were used for other purposes.

Bodies were sold to the Department of Defense, according to the lawsuit.

"These bodies were literally used as crash test dummies, which meant they were used in experiments involving exposures to destructive forces, e.g. impacts, crashes, ballistic injuries and blasts," the lawsuit says, adding the statement is based on evidence gathered for an investigation by the Arizona Attorney General. The plaintiffs acquired the information through a public records request, the lawsuit says.

In 2016, the Army told Reuters, the military reviewed "heavily redacted forms or forms signed by an agent of BRC that indicated consent." Reuters reports it is Army policy not to use bodies if a donor didn't approve use in military research.

Plaintiff says he made his wishes clear

Troy Harp, one of the plaintiffs, told CNN he was very clear with Biological Resource Center that he wanted the remains of mother and grandmother to be used for scientific research, perhaps in a lab where students could learn from the remains.

"Not for a morbid dissect Frankenstein party," Harp said.

Now he wonders whether the company really sent him their cremated ashes.

"We don't even know who we have in our boxes. None of us do," he said.

His mother suffered from severe arthritis and was in a wheelchair for 25 years. Harp said the hospice facility she was in referred him to Biological Resource Center. She died in 2013, a year after Harp's grandmother died.

Attorney Michael Burg said the issue is people never consented to the way the bodies were allegedly used.

"This is a horrible situation where these vulnerable people are taken advantage of," he said.

CNN has attempted several times by phone to reach Stephen Gore, the former owner and operator of the company, for comment but has not yet heard back. He pleaded guilty to one count of illegal control of an enterprise in 2015, and received a sentence of four years probation, according to news reports.

CNN has been unable to reach any of the defendants or their lawyers for comment.

The lawsuit appears headed for resolution in the fall. Lawyers will return to court August 13 for a status conference. The trial is tentatively scheduled to begin October 21, online court records show.