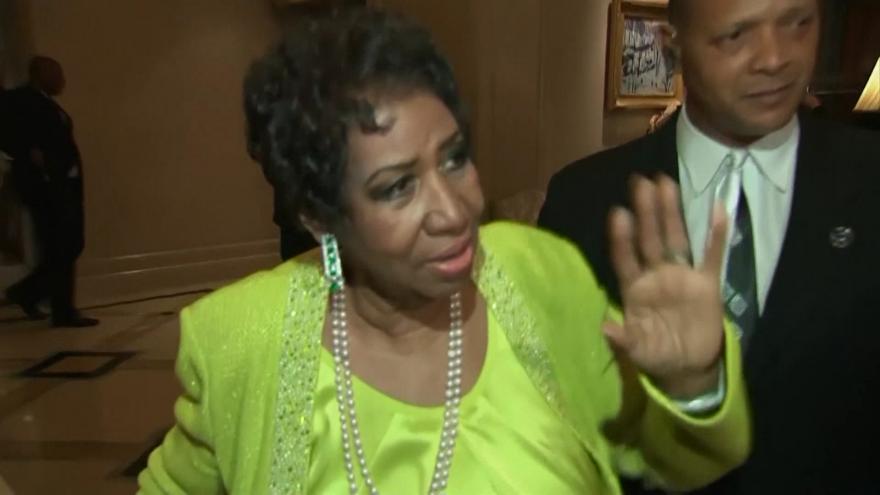 CBS News' Vladimir Duthiers reports from the Queen of Soul's hometown of Detroit. It was there that Franklin discovered her legendary voice at the New Bethel Baptist Church, where her father was a minister.

Even as her music style changed, her gospel roots stayed with her. Pastor Robert Smith Jr. says the church is praying for Franklin, after learning she is seriously ill.

"Without Aretha, the church wouldn't still be here," Smith said.

A source close to the family told CBS News Monday that Franklin is at home in hospice care. Celebrities and politicians reacted to the word of her poor health Monday. "Praying for the Queen of Soul," singer Mariah Carey tweeted. "Hillary and I are thinking about Aretha Franklin tonight," former President Bill Clinton wrote.

At a concert in Detroit Monday night, Beyoncé and Jay-Z dedicated their show to Franklin. DJ Khaled, opening for them, paid tribute to Franklin by getting the crowd to sing, "Respect."

Even as Franklin's star rose, she never forgot where she came from. Just weeks ago, Pastor Smith says she contacted him about performing at the church's annual benefit concert.

"Asking God to continue this miracle because it's great that she's made it this long," Smith said.

In 2017, Detroit honored Franklin by naming a street after her. Many of those attending the Beyoncé concert last night had to cross that street to get there. And at New Bethel, parishioners will hold an early morning prayer service for Franklin on Wednesday.

NEW YORK (AP) — Aretha Franklin is seriously ill, according to a person close to the singer.

The person, who spoke on the condition of anonymity because the person was not allowed to publicly talk about the topic, told The Associated Press on Monday that Franklin is seriously ill. No more details were provided.

The Queen of Soul canceled planned concerts earlier this year after she was ordered by her doctor to stay off the road and rest up.

Last year, the 76-year-old icon announced her plans to retire, saying she would perform at "some select things."