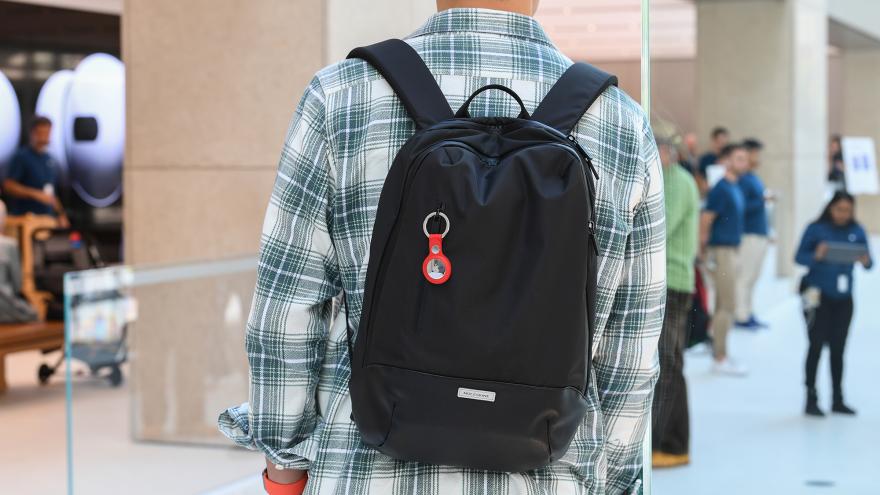 (CNN) -- Apple said Thursday it plans to add more safeguards to AirTags tocut down on unwanted tracking following reports that the devices have been used to stalk people and steal cars.

In a blog post, Apple said it has worked with safety groups and law enforcement agencies to identify more ways to update its AirTag safety warnings, including alerting people sooner if the small Bluetooth trackeris suspected to be tracking someone. (Right now, it can take hours for an AirTag to chirp if it has been separated from its owner.)

Other updates coming later this year include tweaking the tracker's tone sequence so the device is louder and easier to find, and allowing someone to see its distance and direction of an AirTag through the iOS precision finding tool. In addition, Apple will warn AirTag users during the setup process that tracking people without their consent is a crime.

Last Spring, Apple launched the $29 Tile-like Bluetooth locators that attach to and help users find items such as keys, wallets, laptops or a car, giving nearly anything a digital footprint.

"We've become aware that individuals can receive unwanted tracking alerts for benign reasons, such as when borrowing someone's keys with an AirTag attached, or when traveling in a car with a family member's AirPods left inside," the company said in a statement. "We also have seen reports of bad actors attempting to misuse AirTag for malicious or criminal purposes."

"We condemn in the strongest possible terms any malicious use of our products," the company said.

Location trackers aren't new — there are similar products from Samsung, Sony and Tile.The issue ofunwanted tracking also "existed long before AirTags came on the market," according to Erica Olsen, director of the Safety Net Project at the National Network to End Domestic Violence.

"We are happy Apple is engaging in the conversation about victim safety and are continuing to improve safeguards. We hope others will follow their lead," Olsen said.

While only iOS users receive an automatic alert about potential unwanted tracking from an AirTag, Android users can use Apple's Tracker Detection app, a work around with some limitations. It must be open to locate a tracker.

Apple said in the blog post it remains "committed to listening to feedback and innovating to make improvements."