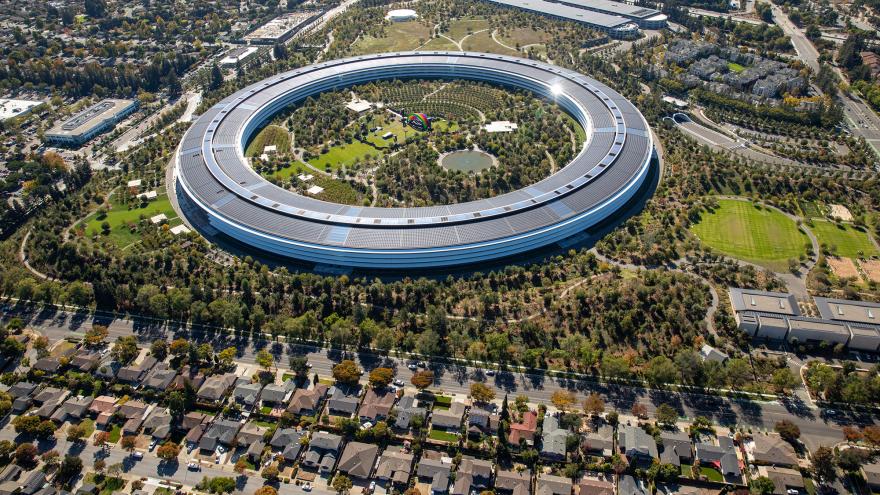 (CNN) -- Some Apple employees are pushing back on the tech giant's return to office pilot program, which will soon require most of its corporate workers to be in the office at least three days per week.

The employees, organizing under a newly-formed group known as Apple Together that advocates for workers' well-being and rights, are petitioning leadership for more flexibility. They're also calling out a disconnect between the company's external marketing to customers that its products allow people to "work from anywhere" and its internal messaging to staffers. "How can we understand what problems of remote work need solving in our products, if we don't live it?" reads an open letter addressed to company leadership and published Friday on Apple Together's website.

"We are not asking for everyone to be forced to work from home," the letter continues.
"We are asking to decide for ourselves, together with our teams and direct manager, what kind of work arrangement works best for each one of us, be that in an office, work from home, or a hybrid approach."

Apple's hybrid return pilot initially drew backlash in June 2021 after it was outlined to staffers, but Apple, like most companies, pushed back the rollout as a result of new Covid-19 variants in the fall and winter. Following the delays, Apple began its phased approach to getting workers back into the office, beginning with once a week at the beginning of April before upping to twice a week more recently. The company outlined its most recent timeline for employees in an email, the text of which was published by The Verge.

Friday's letter, which calls the pilot a "step back in flexibility for many of our teams," comes in anticipation of the last phase of Apple's pilot, which is slated to go into effect at the end of May, where workers will be expected in the office on Mondays, Tuesdays and Thursdays.

It spells out specific reasons they're taking issue with the pilot, ranging from forcing workers to unnecessarily commute — "a huge waste of time as well as both mental and physical resources" — to what they see as an inevitable impact on diversity. "Apple will likely always find people willing to work here, but ... being in the office at least 3 fixed days of the week ... will make Apple younger, whiter, more male-dominated, more neuro-normative, more able-bodied, in short, it will lead to privileges deciding who can work for Apple, not who'd be the best fit," the letter added.

One of the organizers, an employee who works on hardware engineering in the Bay Area and asked to remain anonymous for fear of retribution, told CNN Business that there are roughly 200 workers who are engaged with Apple Together. (By contrast, Apple Together says the company has more than 100,000 employees in the United States including its retail workforce.) The group, and the public advocacy for internal change, is notable given the company's inner workings have long been shrouded in secrecy. But the tide has turned in recent months, with retail employees at at least two Apple stores in the US seeking to unionize, and the emergence of the "Apple Too" initiative, out of which Apple Together was born.

Started last August by two now-former Apple employees, "Apple Too" sought to encourage workers to come forward with their stories of racism, sexism and discrimination in a bid to push for changes. (One of the former employees, Janneke Parrish, was fired; she's since filed a charge with the National Labor Relations Board alleging retaliation. The other, Cher Scarlett, left Apple in November; she also has pending complaints with the Labor Board. A spokesperson for Apple has previously declined to comment on those cases.)

According to the current employee, a committee of Apple Together workers drafted the letter in recent weeks after some staffers had previously attempted to raise concerns within Apple's internal channels "to no avail."

"There is such a huge disconnect between executive leadership and the individuals," the employee said, noting that while some managers may want flexibility themselves or can empathize with the individual needs of their direct reports, "the further you go up in the chain, the more that empathy erodes."

The letter, published on the 12-year anniversary of the late Steve Jobs's "Thoughts on Flash" open letter and borrows its format, ends with a nod to Apple's visionary cofounder.

"As Steve said: 'It doesn't make sense to hire smart people and then tell them what to do. We hire smart people so they can tell us what to do.' Here we are, the smart people that you hired, and we are telling you what to do: Please get out of our way, there is no one-size-fits-all solution, let us decide how we work best, and let us do the best work of our lives."