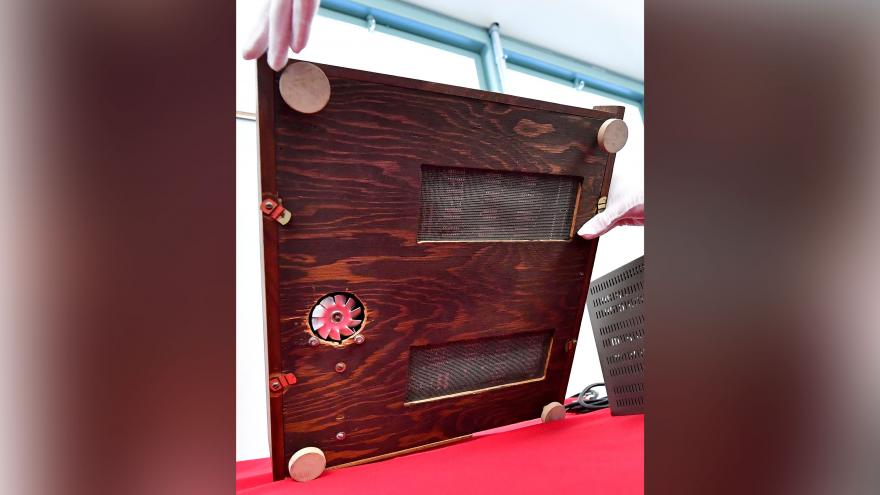 The Apple-1 that is going under the hammer on Tuesday is one of the few surviving examples of Apple's first computer in the world, according to John Moran Auctioneers. 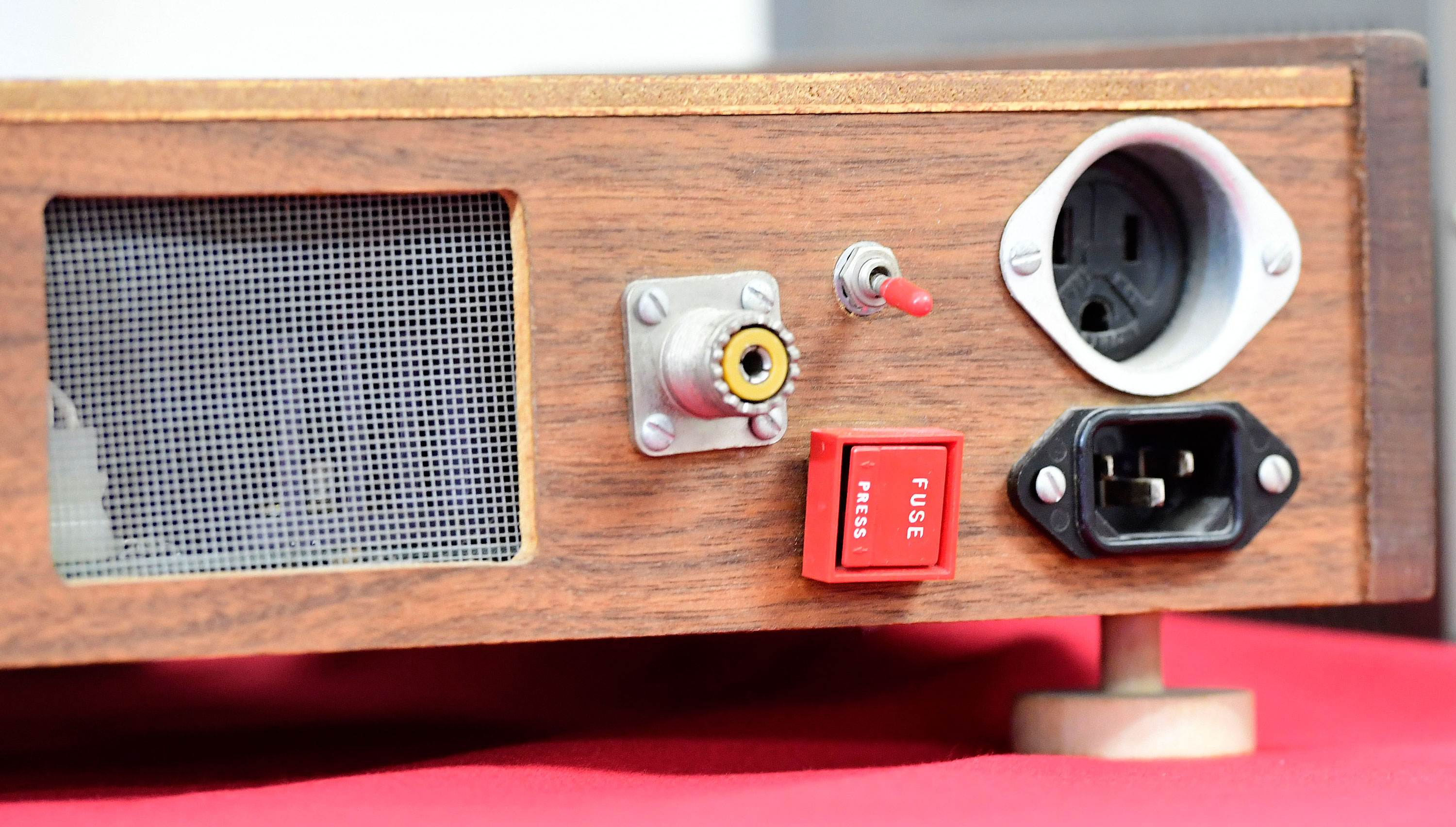 The lot includes an Apple-1 "NTI" motherboard and an Apple Cassette Adapter in a koa wood case, as well as a Datanetics Keyboard Rev D, a 1986 Panasonic video monitor, an Apple-1 connecting cable and a power supply, the listing states.

The computer was designed by Steve Wozniak and assembled and tested by Steve Jobs.

The Apple-1 on sale has only had two owners. This particular example was bought by an electronics professor, who then sold it to a student in 1977, said the auctioneer.

"This Apple-1 has recently undergone an extensive authentication, restoration, and evaluation process by one of the foremost experts in the field, who inspected all components and generated a full condition report for the Apple-1," reads the listing.

There are only six examples of the koa wood Apple-1 case left, according to the auction house. The wood has become rarer and more expensive as koa tree numbers have been reduced due to cattle grazing and logging.

Fifty of the 175 computers were sold to Paul Terrell, owner of a store named ByteShop in Mountain View, California, the listing adds.

Terrell was reportedly disappointed when they were delivered because he was expecting a self-contained computer unit that was ready to be plugged in, rather than a kit, according to the auctioneers.

However, Jobs placated him by saying that each box contained all the elements to make a fully-functioning computer, and ByteShop could make money upselling the product.

The computer sold along with a letter from Apple co-founder Jobs to its original owner.

Jobs and Wozniak famously created the Apple computer in Jobs' family garage, building the device by hand and financing the company through the sale of Wozniak's fancy calculator and Jobs' VW camper van.

Now Apple is one of the most valuable companies in the world, worth around $2.5 trillion. 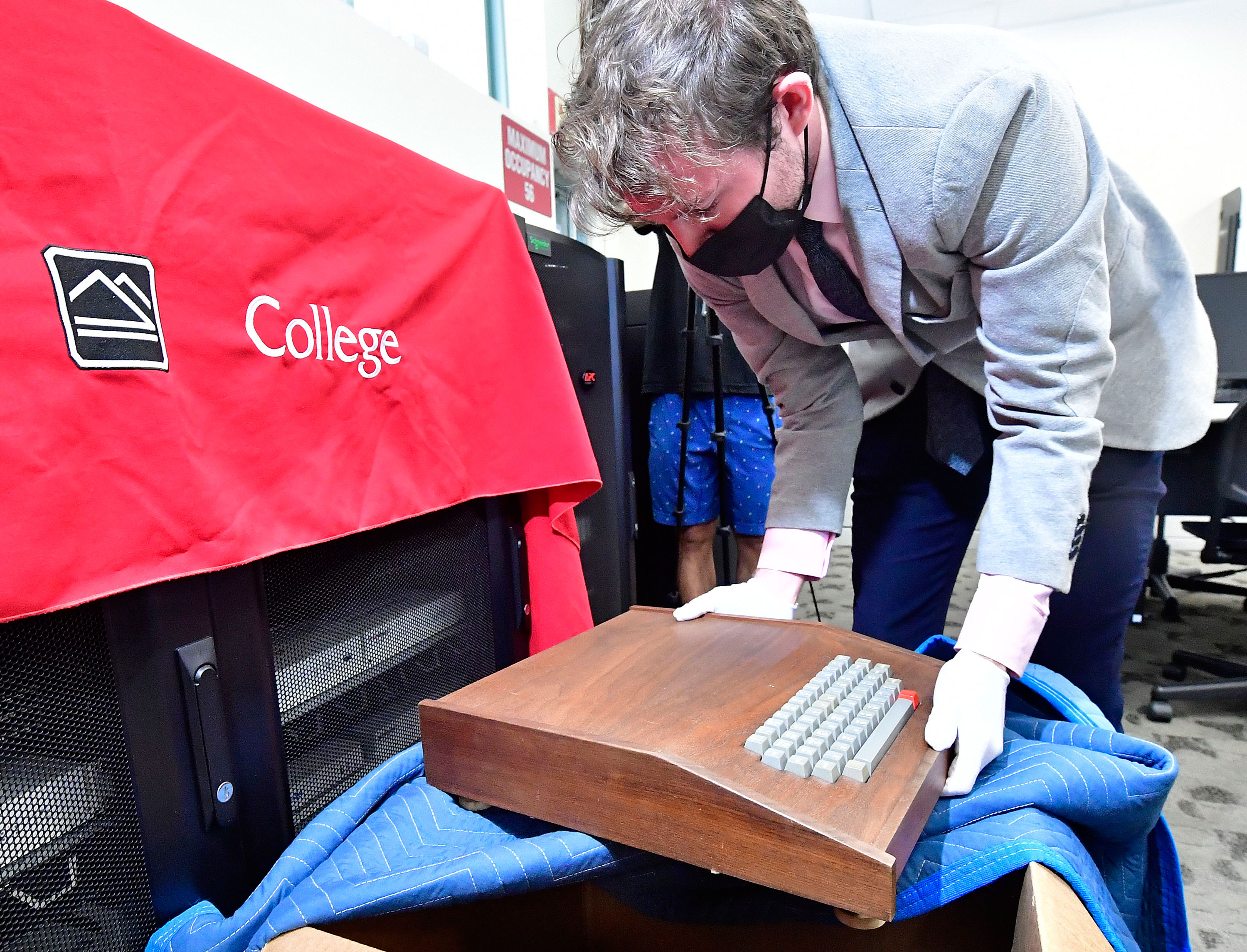