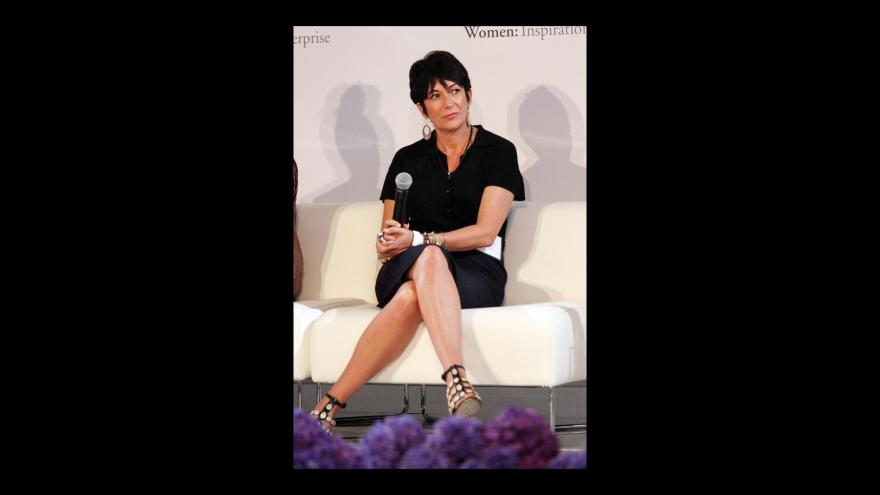 The US Court of Appeals for the Second Circuit on Monday denied the effort of Maxwell's attorneys to reverse the decision of a lower court that ordered the transcript to be made public.

"(T)he District Court correctly held that the deposition materials are judicial documents to which the presumption of public access attaches and did not abuse its discretion in rejecting Maxwell's meritless arguments that her interests superseded the presumption of access," the appellate court panel wrote.

Maxwell, 58, was charged by federal prosecutors in early July for allegedly helping recruit, groom and ultimately sexually abuse minors as young as 14 as part of a years-long criminal enterprise with Jeffrey Epstein. She pleaded not guilty and was ordered jailed pending trial. She also is charged with two counts of perjury.

The deposition Maxwell's legal team is fighting to keep sealed is connected to a 2015 defamation case brought by Virginia Roberts Giuffre, who claimed Epstein sexually abused her while she was a minor and that Maxwell aided in the abuse. The civil case was settled in 2017.

Maxwell denied knowing if Epstein had a scheme to recruit underage girls for sex in the deposition.

CNN reached out to an attorney for Maxwell on Monday but didn't receive a reply to its request for comment.

In a ruling in July, US District Judge Loretta Preska said that the public's right to have access to the information carried heavier weight than the "annoyance or embarrassment" to Maxwell.

"In the context of this case, especially its allegations of sex trafficking of young girls, the court finds any minor embarrassment or annoyance resulting from Ms. Maxwell's mostly non-testimony ... is far outweighed by the presumption of public access," she said.

However, in that ruling Preska did say that some information will remain sealed. Several medical records included in the court filings will remain sealed, and the multiple anonymous women -- "Jane Does" who accused Epstein of abuse but have not publicly spoken out -- will continue to have their identities redacted in the documents, she said.

Epstein, 66, was in a lone cell in the special housing unit of the federal Metropolitan Correctional Center in New York when he was found dead in August 2019.

Epstein was awaiting trial on federal charges accusing him of operating a sex trafficking ring from 2002 to 2005 at his Manhattan mansion and his Palm Beach estate. As part of the ring, he allegedly paid girls as young as 14 for sex. He'd pleaded not guilty to the charges.