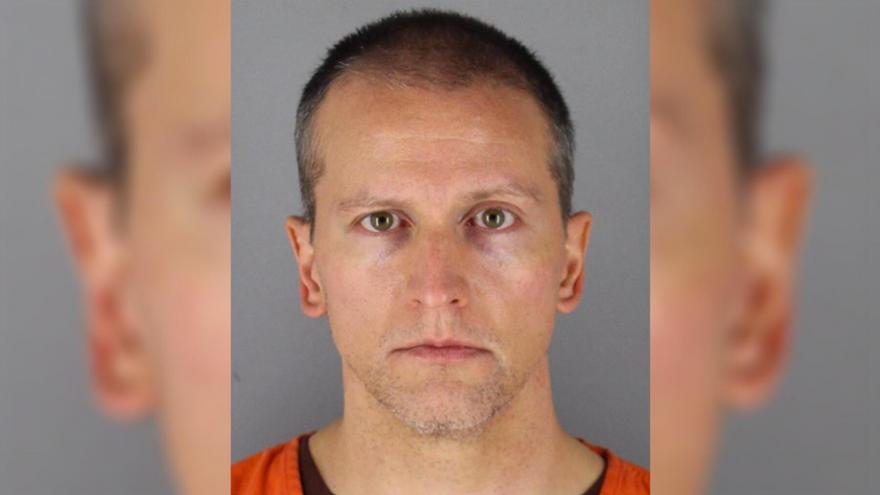 The Minnesota Court of Appeals ruled Friday that a lower court should reconsider the third-degree murder charge against Derek Chauvin in George Floyd's death.

(CNN) -- The Minnesota Court of Appeals ruled Friday that a lower court should reconsider the state's motion to reinstate a third-degree murder charge against former Minneapolis Police Officer Derek Chauvin in the death of George Floyd.

Jury selection in Chauvin's trial on charges of second-degree unintentional murder and second-degree manslaughter begins Monday. He had been charged with third-degree murder but that count was dismissed by a judge in October.

The former officer has pleaded not guilty. It's unclear what impact, if any, the ruling could have on the trial's start date.

Floyd's final moments were captured on disturbing police and bystander video, and his death led to unrest and fires in the city as well as worldwide protests against police brutality and racism. All four officers involved were fired and Chauvin is being tried separately.

Minnesota Attorney General Keith Ellison filed a motion last month asking a district court judge to reinstate the third-degree murder charge, claiming a recent appellate decision in the sentencing of another former Minneapolis police officer, Mohamed Noor, "is precedential and now provides this Court with clear guidance regarding the elements of third-degree murder."

Appellate court Judge Michelle Larkin wrote the district court "erred by concluding that it was not bound by the principles of law set forth in Noor and by denying the state's motion to reinstate the charge of third-degree murder on that basis."

"We therefore reverse the district court's order and remand for the district court to reconsider the state's motion to reinstate the third-degree murder charge in light of this court's precedential opinion in Noor," Larkin wrote for the panel of three judges.

In a statement to CNN, Ellison said: "We believe the Court of Appeals decided this matter correctly. We believe the charge of 3rd-degree murder, in addition to manslaughter and felony murder, reflects the gravity of the allegations against Mr. Chauvin."

In October, Hennepin County District Court Judge Peter Cahill dropped the third-degree murder charge against Chauvin, ruling the charge can "be sustained only in situations in which the defendant's actions were 'eminently dangerous to other persons' and were not specifically directed at the particular person whose death occurred."

The evidence presented by the state did not show that Chauvin's actions were "eminently dangerous" to anyone but Floyd, the ruling said.

Floyd, a 46-year-old Black man, died May 25 after Chauvin knelt on his neck for nearly eight minutes as Floyd told Chauvin and three other officers he couldn't breathe.

They are expected to stand trial this summer. All four ex-officers are out on bail.

Noor was sentenced in June 2019 by Judge Kathryn Quaintance to 12½ years in prison for the fatal shooting of a woman while responding to her 911 call.

He was convicted on charges of third-degree murder and manslaughter in the death of Justine Ruszczyk.