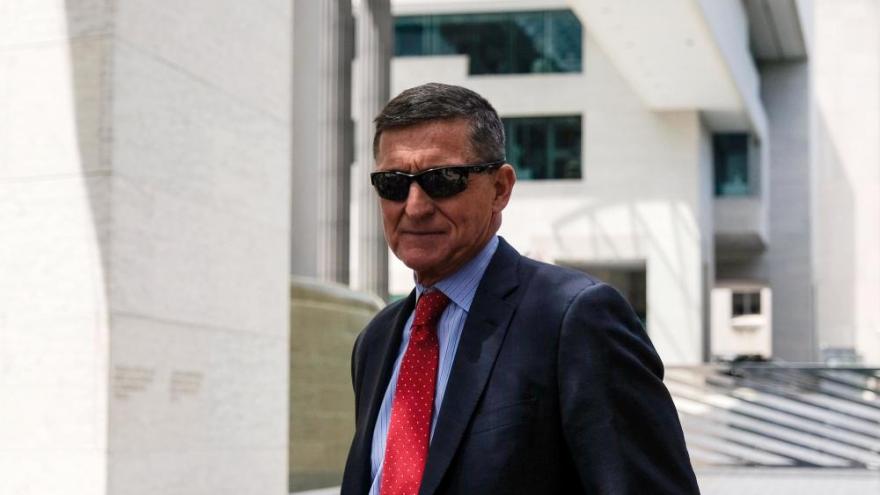 Despite Flynn twice pleading guilty for lying to the FBI about his conversations with then-Russian Ambassador Sergey Kislyak during the presidential transition, the Justice Department moved last month to dismiss the case against him. Sullivan did not immediately act, instead asking for a review of the decision.

If unchallenged with further appeals, the ruling exonerates Flynn after he sought to change his plea and claimed innocence.

Flynn's case has become a touchstone for President Donald Trump and his supporters in their criticism of the FBI's Russia investigation and special counsel Robert Mueller's criminal prosecution of several Trump campaign associates.

In late April, Trump, Flynn's legal team and conservative allies seized on the disclosure of a hand-written note from a top FBI official outlining how agents may either refer Flynn for prosecution for illegally negotiating with a foreign government or "get him to lie" or "get him fired." Trump used the document to argue that Flynn should be "exonerated" and that the charges should be dropped. He also suggested that he's considering a full pardon for Flynn.

The three-judge panel on the DC Circuit Court of Appeals on Wednesday decided the trial judge, Sullivan, didn't have enough reason to question the DOJ's prosecution decisions in this case. They also said Sullivan having a third-party attorney weigh in on Flynn's case, the former judge John Gleeson, isn't needed anymore.

RELATED: Michael Flynn case is the latest test of separation of powers during Trump years

Appeals court Judge Robert Wilkins disagreed with the decision of Rao and Judge Karen Henderson to short-circuit the Flynn case in the trial court immediately. It's possible the case could continue on in future appeals, given how it is largely about the power of the judiciary, a weighty subject in a case other appeals court judges may take interest in.