Antonio Brown says he won't be playing in the NFL anymore 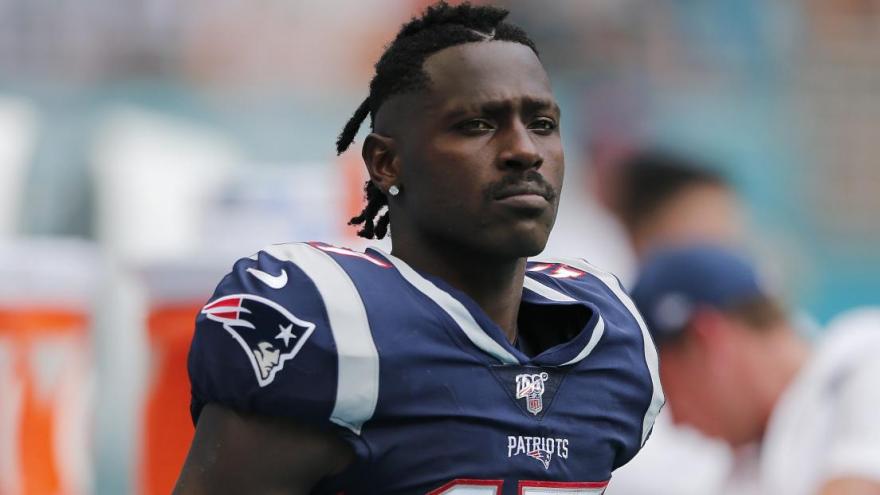 Mercurial star receiver Antonio Brown is saying on Twitter that he "will not be playing in the NFL anymore."

(CNN) -- Star wide receiver Antonio Brown is saying on Twitter that he "will not be playing in the NFL anymore."

Brown's statement, part of a series of tweets Sunday morning, comes just days after he was released by the New England Patriots, the third NFL team to give up on the volatile player in the last year.

His effective retirement comes after a woman who once trained Brown accused him of rape in a federal lawsuit filed in Florida. His attorney, Darren Heitner, posted a lengthy statement to his website, saying: "Mr. Brown denies each and every allegation in the lawsuit."

Amid an NFL investigation into the trainer's accusation, the Patriots released Brown on Friday after he played just one game with the team.

In other tweets on Sunday, Brown attacked several other NFL figures who have been accused of sexual misconduct.

In particular, he noted the solicitation charges against Patriots owner Robert Kraft, who pleaded not guilty. Brown also cited the NFL's four-game suspension of Pittsburgh Steelers quarterback Ben Roethlisberger -- his former teammate -- after Roethlisberger was accused of sexual assault in 2010. No charges were filed in that case.

He later deleted those tweets about Kraft and Roethlisberger.

Both the Patriots and Raiders have sought to void the millions owed to Brown, setting up a grievance battle over whether he will receive that money.

"(T)hese owners can cancel deals (and) do whatever they want at anytime," Brown tweeted. "(W)e will see if the (NFL Players Association) hold them accountable sad they can just void guarantees anytime going on 40m 2 months will see if they pay up !"

Long a star with the Pittsburgh Steelers, the All-Pro receiver was traded to Oakland in March and signed a deal worth up to $30 million in guaranteed money. But he quickly wore out his welcome with his erratic behavior, and Oakland then released him. The Patriots offered him a one-year deal with a $9 million signing bonus two weeks ago.

Shortly after his move to New England, Sports Illustrated reported on several lawsuits and allegations of misconduct against Brown. The magazine reported that an artist hired to paint a mural inside Brown's home in Pittsburgh in 2017 said he appeared naked behind her on her second day of work, holding a small hand towel over his genitals.

Lisa Banks and Debra Katz, attorneys for the unnamed artist, alleged that Brown had texted the woman after Sports Illustrated reported her sexual misconduct accusations and his alleged response.

Brown included the woman in a series of group text messages, claiming she was out to get money with her story, they said. In those messages, he asked others to look into the woman's background and included a photo of her children, Banks wrote in a letter to NFL officials.

Correction: This article has been updated to properly state the legal status of Robert Kraft's case.