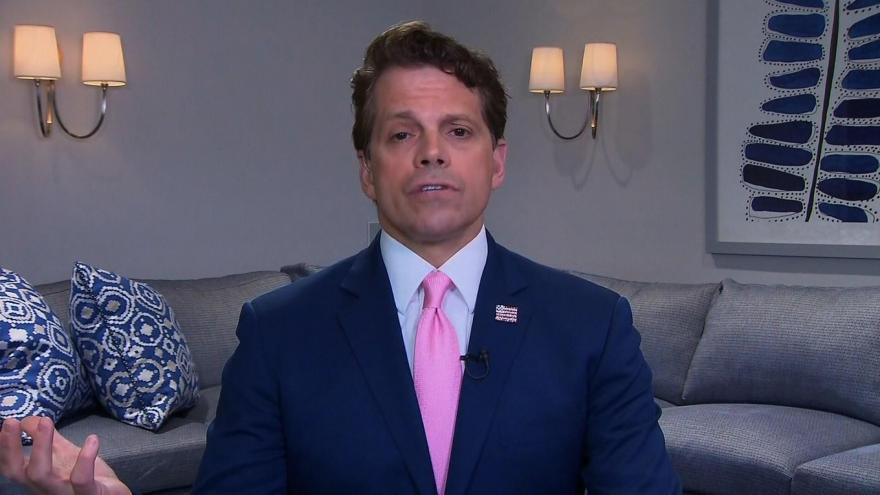 Former White House communications director Anthony Scaramucci will be on this season of "Celebrity Big Brother" on CBS. (FILE PHOTO)

(CNN) -- Former White House communications director Anthony Scaramucci will be on this season of "Celebrity Big Brother" on CBS, the second straight year that the reality show has featured a prominent member of Donald Trump's White House.

The CBS announcement comes a year after Omarosa Manigault-Newman, the "Apprentice" alum and former White House aide, appeared on the show and held forth about her time in the Trump administration. She told her housemates that the situation at the White House was "going to not be OK," said she was "haunted" by Trump's tweets every day, and compared her departure to being freed from a plantation.

Scaramucci, the financier-turned-Trump whisperer, was infamously the White House's communications director for a whirlwind 11 days in July 2017. "The Mooch" was ousted after giving an aggressively vulgar interview to The New Yorker about fellow officials Reince Priebus and Steven Bannon.

"I sometimes use colorful language," he tweeted at the time. "I will refrain in this arena but not give up the passionate fight for Donald Trump's agenda."

At one point last season, Omarosa gave a shoutout to Scaramucci while on the show, and he returned the favor in a February 2018 tweet.

Scaramucci has continued to be a consistent presence on cable news since then, coming on to talk about the President. He recently published the book, "Trump: The Blue-Collar President."

"Celebrity Big Brother" follows a group of modestly recognizable figures living together in a house filled with cameras and microphones picking up their every move. Someone is voted out of the house each week, and the last remaining guest wins a grand prize.