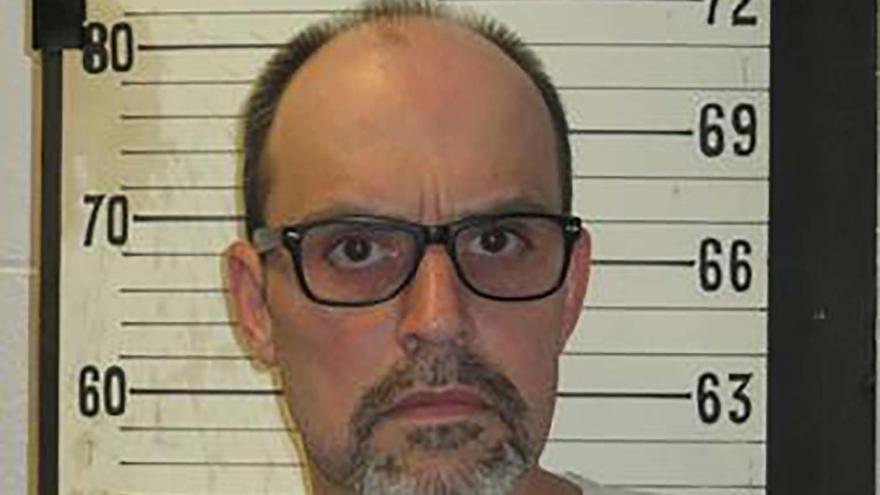 The choice for Lee Hall, convicted of killing his ex-girlfriend nearly three decades ago, was death by a three-drug combination or death by 1,750 volts of electricity.

(CNN) -- Lee Hall, convicted of killing his ex-girlfriend nearly three decades ago, was executed by the state of Tennessee on Thursday night, the Department of Correction said.

Hall was pronounced dead at 7:26 p.m. CT. He had chosen the electric chair over lethal injection.

The first jolt of electricity was given about eight minutes before his death was announced. There was a second burst of 1,750 volts given about 20 seconds after the first.

Hall was the fourth person to be electrocuted by the state since November 2018 and the first since Stephen West was executed in August.

"Now our family's peace can begin, but another family's hell has to begin," she said. "Hopefully, today ending this monster's life will bring some peace within everyone who has had to suffer throughout these 28 years without my beautiful sister. We all fought this battle for you Traci and today we won."

GOP Gov. Bill Lee had said Wednesday that he would not prevent Hall's execution.

"The justice system has extensively reviewed Lee Hall's case over the course of almost 30 years, including additional review and rulings by the Tennessee Supreme Court (Tuesday and Wednesday). The judgment and sentence stand based on these rulings, and I will not intervene in this case," the governor said.

Tennessee's primary method of execution is lethal injection. But an inmate who was convicted of a capital offense before 1999 can choose electrocution instead.

Hall, 53, was convicted of first-degree murder in the 1991 death of Traci Crozier. He had thrown gasoline on her and set her on fire while she sat in a car, the Tennessean newspaper reported.

Hall's choice of electrocution over lethal injection comes amid controversy over recent changes to lethal injection protocols in other states -- changes brought about because drug manufacturers began to withhold certain products because they didn't want them used in executions.

Tennessee's lethal injection protocol, like those in many states with capital punishment, involved a three-drug combination. The first drug, sodium thiopental or pentobarbital, put the inmate to sleep; the second brought on paralysis; and the third stopped the heart.

But in recent years, as manufacturers began withholding sodium thiopental or pentobarbital, some states, including Tennessee, have turned to midazolam as an alternative. Critics say that drug can't reliably render someone unconscious and prevent them from experiencing pain during the execution.

In some cases in which midazolam was used, inmates appeared to struggle or convulse during the execution process.

Hall's attorneys had asked to stop his execution, claiming that one juror in his trial had suffered traumatic domestic violence that may have influenced her decision.