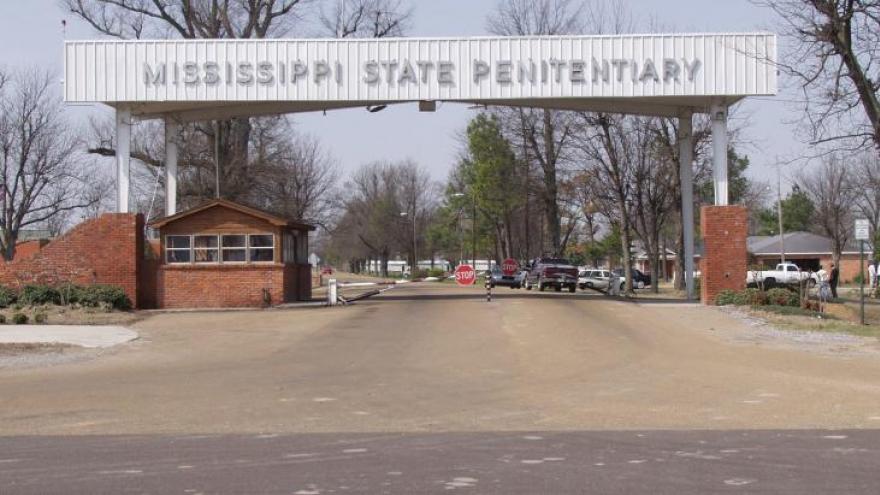 Mississippi State Penitentiary is in the town of Parchman, about 100 miles north of Jackson.

Thomas Lee, 49, was found hanging in his cell Wednesday morning in Unit 29, where some of the most violent criminals are held, said Sunflower County Coroner Heather Burton and the Mississippi Department of Corrections (DOC).

When guards found Lee in his single-person cell, they cut him down, began CPR immediately and notified medical staff, Burton said. The medical staff continued CPR for about 15 minutes, Burton said, but the inmate was pronounced dead at 10:47 a.m. (11:47 a.m. ET), Burton said.

"The cause of death appears consistent with ligature hanging but the official cause and manner of death is pending investigation" by the DOC and autopsy results, Burton said.

Lee pleaded guilty to capital murder and was sentenced to life without the possibility of parole in 2014 after a car he was a passenger in ran over a police captain, the DOC said.

His death makes eight this year at the penitentiary, also known as Parchman prison. At least three of the previous deaths were attributed to violence, the DOC said in a tweet.

Two other inmates -- Timothy Hudspeth and James Talley -- were killed in altercations Monday and Tuesday. Their deaths are unrelated to a recent series of killings within the prison system, Burton and the DOC said.

Parchman, where roughly 3,600 of Mississippi's 19,000 inmates are incarcerated, has been the target of intense criticism over its "failing infrastructure" and recent deaths.

The deaths came the same week that new leadership was installed at the DOC.

Former Commissioner Pelicia Hall stepped down this week amid widespread concerns about Parchman's violence and infrastructure woes. She announced her resignation late last year and said she'd be taking a job in the private sector.

Tuesday, in his first day on the job, interim Commissioner Tommy Taylor was quoted on the DOC Twitter feed as saying, "We've got to be transparent. We're going to be fiscally responsible, and we're going to be compassionate."

In a statement about the latest deaths, Taylor said DOC officials are working hard to restore order at Parchman.