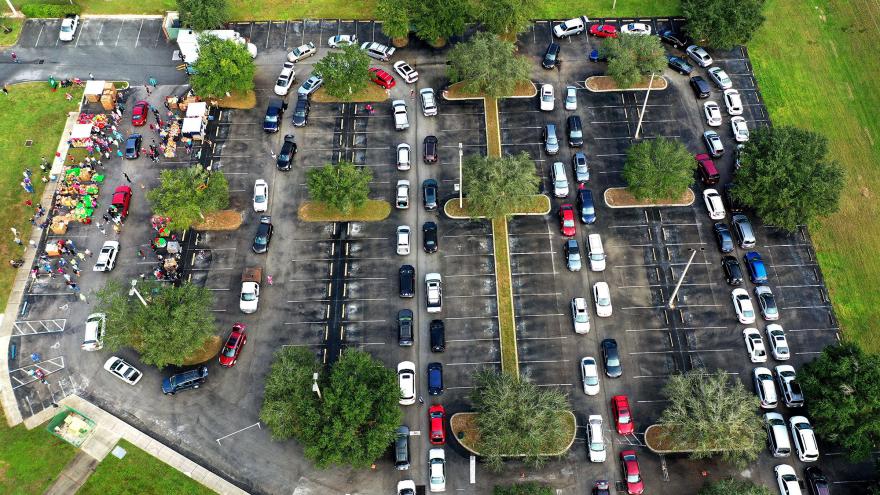 (CNN) -- The recovery in the American job market is still painfully slow. Another 778,000 people filed for first-time unemployment benefits last week on a seasonally adjusted basis.

That was more than the 735,000 initial jobless claims that economists were expecting, and it's also higher than last week's revised number of 748,000. It's the second straight week that first-time claims rose.

This is the first time that jobless claims were up for two consecutive weeks since late July. And the 778,000 figure was the highest level in five weeks.

The latest unemployment benefits figures were released by the Labor Department on Wednesday, a day earlier than usual because of the Thanksgiving holiday.

The report also showed that continued jobless claims, which include people who have applied for benefits for at least two weeks in a row, was 6.1 million on a seasonally adjusted basis. That was down from the previous week.

And 4.5 million more people had received Pandemic Emergency Unemployment Compensation benefits from the government as of the week of November 7. There is a two-week lag with PEUC data.

Overall, more than 20.4 million Americans were still receiving some form of unemployment benefits as of November 7. That's an increase of more than 135,000 from a week ago.

The bleak jobs data is yet another sign of the disconnect between the stock market and broader economy.

The Dow just a hit a new all-time high above 30,000 but many average Americans are still struggling — especially that government stimulus checks have stopped coming and Covid-19 cases are on the rise again.

"More stringent social distancing policies are being put in place each day. Stay-at-home measures, school closures, and limitations for businesses to operate are going to lead to more layoffs over the winter. It is going to get worse before it gets better," said Thomas Simons, money market economist with Jefferies, in a report.

There are growing hopes that President-elect Joe Biden will focus on forging a new stimulus deal with Congress after his inauguration in January and that a Covid-19 vaccine could be widely available in 2021. But that does nothing for people who are out of work now.

"It is quite clear that the intensification of the pandemic, the pullback by the public and government mandated lockdowns are clearly combining to cause an increase in first time claims," said Joseph Brusuelas, chief economist with RSM US, in a report Wednesday morning.

"Despite the potential arrival of a mass produced and distributed vaccine, this economy demands fiscal aid now," he added.