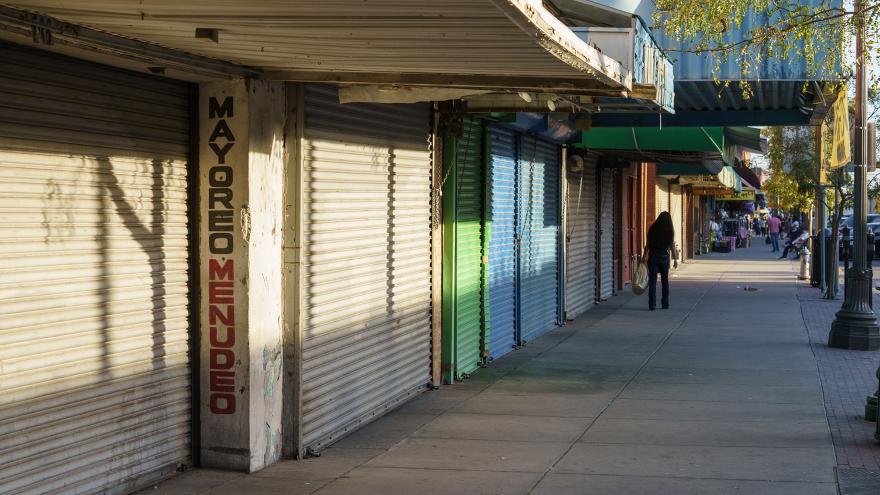 (CNN) -- The election is yet to be decided, but for one thing is certain: the next President will have to deal with America's massive unemployment problem.

Another 751,000 Americans claimed first-time jobless benefits last week on a seasonally adjusted basis, the Labor Department reported Thursday. That's down slightly from the prior week. It was a slightly less encouraging report than economists had expected.

On top of that, 362,883 workers not eligible for regular state benefits, such as the self-employed or gig workers, claimed aid under the Pandemic Unemployment Assistance program.

Added up, first-time claims stood at 1.1 million last week without seasonal adjustments — largely unchanged from the level of the past few weeks.

The plateauing of total initial claims is a sign that the slowdown in the job market recovery that economists have worried about is now a reality.

Meanwhile, continued jobless claims, which count workers who have applied for benefits for at least two weeks in a row, stood at 7.3 million, down by about half a million from the prior week.

While that may sound like a substantial decrease, its actually a slower decline compared with previous weeks.

It also matters why these claims are going down. Some people have exhausted their state benefits and are getting rolled onto other programs to bridge the gap. States commonly provide up to 26 weeks of unemployment benefits.

One such program to help people after state aid runs out is the Pandemic Emergency Unemployment Compensation program, which was created for the coronavirus crisis.

Nearly 4 million Americans received PEUC benefits in the week ended October 17, up some 280,000 from the previous week.

Jobless Americans are facing another cliff of expiring benefits: The various pandemic initiatives to help the unemployed are due to wrap at the end of the year.

Fixing the broken labor market and benefits system will have to be the top priority for the next administration.

"There are simply not enough jobs being created to support all of the workers running out of aid before the end of 2020. With the election behind us, it is now time to reach a deal that keeps the lifelines of PEUC and PUA going into next year. We urgently need action before the holiday season," said Andrew Stettner, senior fellow at The Century Foundation, in emailed comments.

The government will publish its October jobs report Friday morning. Economists expect another 600,000 jobs added. If that holds true, America would still be down more than 10 million jobs since February.

The unemployment rate is expected to inch down to 7.7%, from 7.9% in September.