Another 742,000 Americans filed for unemployment claims last week, the first increase in a month 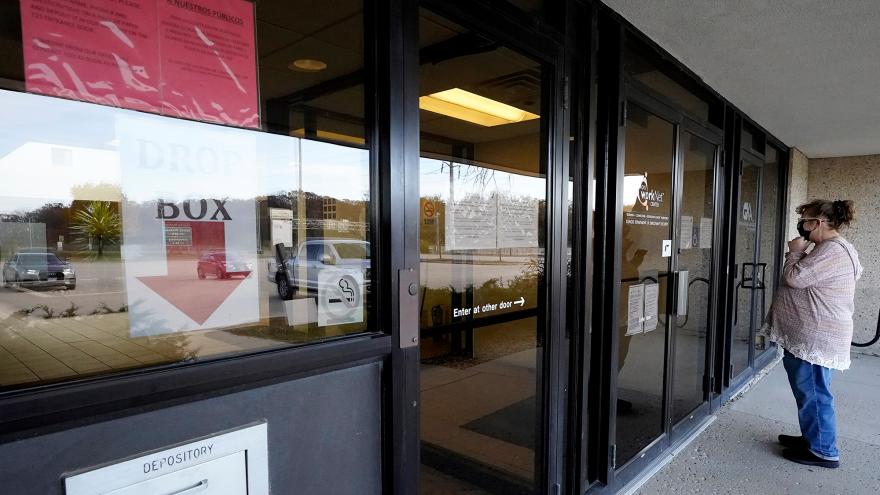 (CNN) -- The pandemic is far from over as infections are on the rise and millions of Americans remain unemployed.

742,000 Americans filed for first-time unemployment benefits on a seasonally adjusted basis last week, the Labor Department reported on Thursday. That was a up from the week before and the first increase in unemployment claims since the week of October 10.

Claims are still more than three times higher than they were during the same period last year.

"It's hard to believe the recession is over if workers keep losing their jobs at this rate," wrote Chris Rupkey, chief financial economist at MUFG, in a note to clients.

Meanwhile, 320,237 workers filed claims under the Pandemic Unemployment Assistance program, which is designed to help those who aren't usually eligible for jobless benefits, such as the self-employed. That number also rose from the prior week.

Added together, first-time claims stood at 1.1 million, not adjusted for seasonal changes, a slight increase from the week before.

This is also a worrying development for the broader labor market, and that bad news could show up in the next jobs report. The increase in claims coincided with the survey week for the government's November report, which is due on December 4, noted Jennifer Lee, senior economist at BMO.

Continued jobless claims, which count people who have applied for benefits for at least two weeks in a row, came in at 6.4 million on a seasonally adjusted basis.

Economists worry that a growing number of people are exhausting their states' regular jobless benefits, which commonly last for 26 weeks. After that, the unemployed get rolled onto other government programs, including the Pandemic Emergency Umemployment Compensation program.

In total, 20.3 million Americans were receiving some form of jobless benefits from the government at the end of October, a decrease of more than 800,000.

The pandemic benefits Washington created in the spring are set to expire at year-end, even as millions of people rely on them. In California, for example, some 750,000 people are estimated to lose their benefits at the end of December, according to analysis by the California Policy Lab.

Meanwhile, Covid-19 infections are rising around the country and the world, posing a serious risk for the economic recovery.

News of multiple promising vaccines soothed these worries temporarily, but economists caution that there's still a big difference between finding a vaccine and administering doses to millions of people.