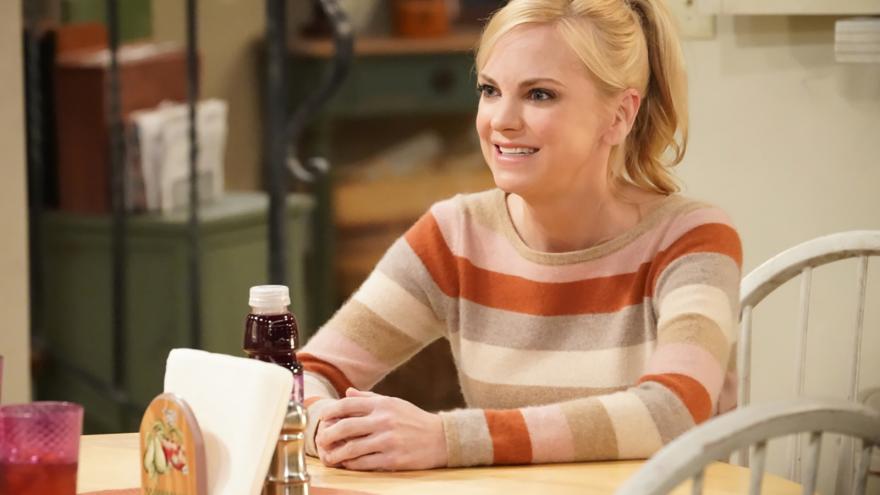 (CNN) -- Anna Faris, one of the stars of CBS sitcom 'Mom,' is leaving the show ahead of its eighth season.

"The past seven years on 'Mom' have been some of the most fulfilling and rewarding of my career," Faris said in her statement. "I'm so thankful to [creator] Chuck [Lorre], the writers, and my amazing castmates for creating a truly wonderful work experience."

On the show, Faris played Christy Plunkett, a single mom who struggles with alcoholism. Her mother, Bonnie, is played by Allison Janney. Together, the pair made a formidable comedy duo on screen, with Janney picking up two consecutive Emmy Awards for best supporting actress for her role.

"From the inception of 'Mom,' Anna was the first and only choice for the role of Christy. We are so proud of the stories we have been able to tell during Anna's seven years with us," a statement from Warner Bros. TV (which like CNN is owned by WarnerMedia) and Chuck Lorre Productions said. "We wish Anna all the best, and we thank her for her beautiful portrayal."

In her statement, Faris said her exit from the show will allow her to "pursue new opportunities. "

"I'll be watching next season and rooting for my TV family," she said.

In addition to her television and film work, Faris is the host of a popular podcast called "Unqualified."