Animals are freezing to death at this sanctuary in Texas 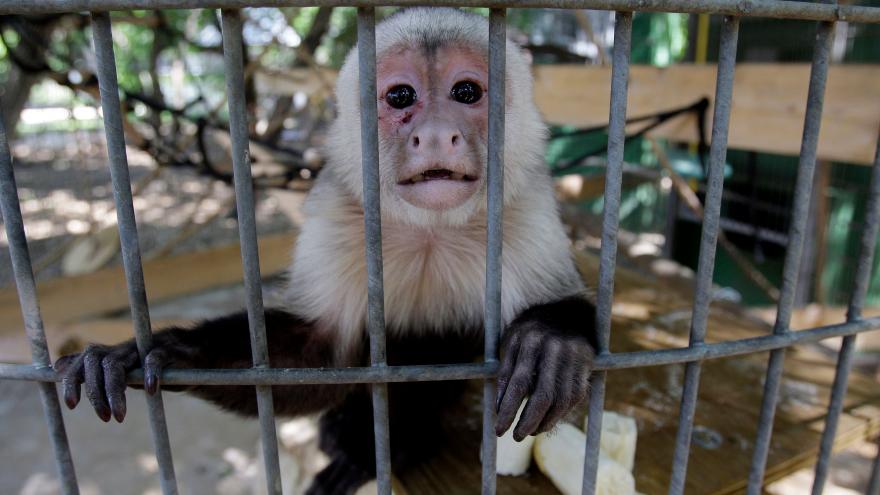 (CNN) -- The Texas deep freeze is causing casualties among humans and animals alike.

After rolling power outages plunged much of Texas into darkness early this week, animals at the San Antonio Primarily Primates sanctuary froze to death in the winter weather.

Among the casualties were a chimpanzee, many monkeys, some lemurs and countless birds.

"I never, ever thought my office would turn into a morgue, but it has," Brooke Chavez, executive director of Primarily Primates, told the San Antonio Express-News.

Chavez said she won't know how many animals have died until the storm subsides -- and forecasts have predicted more winter weather through Friday.

The sanctuary must decide which animals it can save

After the power went out early Monday, Chavez and her team of 12 sprung to action.

But as temperatures plummeted further, the plan moved from preservation to evacuation.

"I've never faced a decision like this," Chavez told the San Antonio paper. "Having to decide who we can save, depending on the predictability of which animals we can catch."

It was while mobilizing for transport that the team began to find dead animals.

"Someone asked me how many animals have died. I don't know yet," Chavez said. "I know we lost lots of monkeys, lemurs and tropical birds."

Still, many of the sanctuary's residents were evacuated.

Some went to the San Antonio Zoo and a sanctuary near the Oklahoma border. Others went to the homes of volunteers.

Chimpanzees remain at the sanctuary -- 33 of them -- after proving difficult to transport, according to the San Antonio Express-News.

Primarily Primates continues to ask for donations on its Facebook page.

The freeze, and the tragedies, continue

Texas' deep freeze is not over.

The electric grid for most of the state has ordered more power cuts to maintain the grid, and Austin Energy has notified its customers of outages through Wednesday -- possibly even longer.

The storm sweeping Texas is dangerous not only for its cold temperatures, but for the length of the cold without reprieve.

Continuous freezing temperatures don't allow houses and buildings to warm up naturally, and without power, Texans are forced to improvise for warmth.

Many have turned to heating sources like stoves, generators, and even their cars -- causing carbon monoxide poisonings to spike, CNN affiliate KTRK-TV reported.

Tragedies continue and death tolls rise as the state braces for more extreme weather through Friday.

Over 3 million Texans remain without power.