Animal rights group offers $5,000 reward for information on who put 'Trump 2020' sticker on a bear 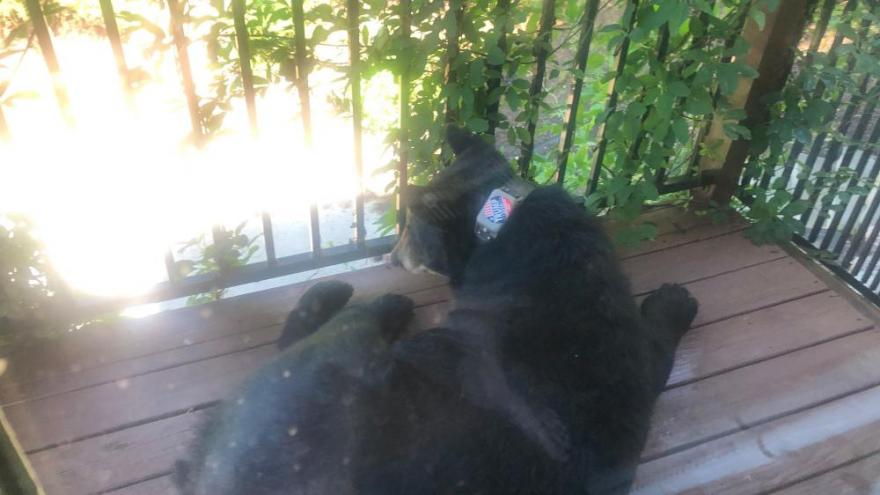 Help Asheville Bears (HAB), an organization in North Carolina, has put out a $5,000 reward to find the person or people responsible for putting a "Trump 2020" sticker on the tracking tag of a black bear.

(CNN) -- Black bears will not be voting in the upcoming election, but that's not stopping one bear from unknowingly showing a little support for the incumbent president.

Help Asheville Bears (HAB), an organization in North Carolina, has put out a $5,000 reward to find the person or people responsible for putting a "Trump 2020" sticker on the tracking tag of a black bear.

"Whoever put these political stickers on these bears is cruel and heartless," HAB wrote in a Facebook post. "HAB and our followers hope to stop and expose you. This is now the second bear this happened to, which can only mean either someone in the study is doing this or it is someone in the public. Either way, a full investigation needs to be done."

Chapman had previously come across a bear last year that had a collar and discovered that they were being tagged as part of a study by the organization The North Carolina Urban/Suburban Bear Study, Chapman told HAB.

"I believe this is an abhorrent practicum" Chapman told HAB. "These bears are already suffering enough with the heavy collars and metal ear mutilations. But to put a political sticker on the collar? No words can describe my anger and sadness."

Dr. Chris DePerno, who is part of the bear study program, told CNN that the researchers do not condone "anyone approaching a bear for any purpose" and called it "highly unethical to place any sticker on an animal."

"Unfortunately, someone has habituated this bear to the point where it has lost its natural wariness of people, allowing this person to place the sticker on the collar," DePerno said. "The person that has helped this bear become food dependent and habituated is putting humans and the safety of the bear at risk."

A story in the Asheville Citizen Times reported a resident finding a Trump sticker on a collared bear back in September 2019. It is unclear if it is the same bear or a different bear that Chapman photographed.