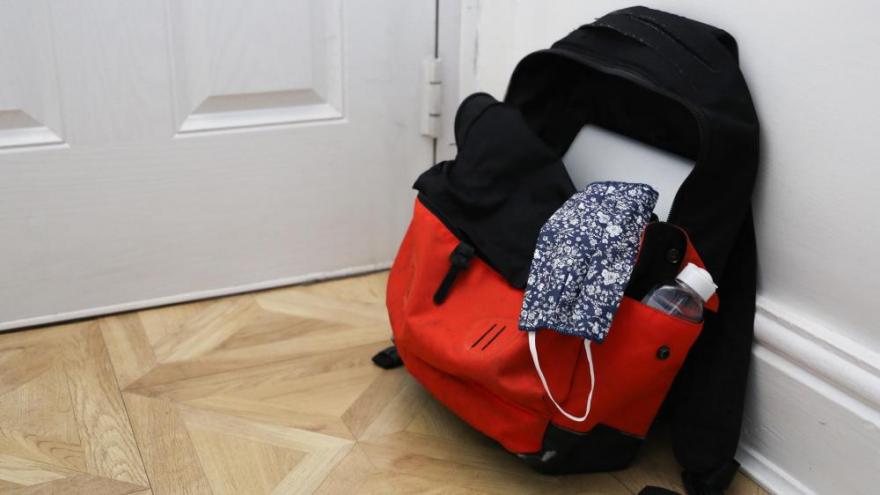 School board members -- usually elected and unpaid -- have been thrust to the forefront of Covid politics, becoming targets of frustrated parents.

(CNN) -- Like many parents, Paul Martino never paid his school board much attention before the coronavirus pandemic. But last summer, when his kids' district in Bucks County, Pennsylvania, suddenly reversed course and went virtual, Martino decided it was time to get involved.

The venture capitalist gave $10,000 to a political action committee supporting school board candidates across Pennsylvania who would keep schools open even amid a fall Covid surge. Of the 94 candidates the group supported, 92 won their primaries last spring. Now, Martino's upped his pledge to $500,000 -- a huge amount for typically low-dollar, low-profile local races.

"I was frankly just angry," Martino said. "The accountability and transparency around the decision-making process was not good enough."

School board members -- usually elected and unpaid -- have been thrust to the forefront of Covid politics, becoming targets of frustrated parents in places like Wiliamson County in Tennessee, where a heated argument over masks spilled into the parking lot this week and Loudoun County in Virginia, where one man was arrested at a board meeting on equity earlier this year.

RELATED: Biden on anti-mask ordinances: 'This isn't about politics -- this is about keeping our children safe'

"It's not hard to see where this interest is coming from. There's still a lot of concern about the pandemic, economic conditions and then there's the hyper-poltical atmosphere," said Chip Slaven, the interim Executive Director and CEO at the National School Board Association.

All politics are local

Martino teamed up with Clarice Schillinger, a parent from Montgomery County outside Philadelphia, to launch a new PAC in July called Back to School Pa that aims to funnel money to new local PACs before the November school board general elections.

They are optimistic they'll find 50 more communities across the state that have people willing to run on a platform focused on keeping schools open and Martino pledged $10,000 to each. So far, the group has received 62 applications and written 14 checks totaling $140,000.

One of those recipients is the parent-led group Reimagine Radnor, a district in a Philadelphia suburb. It's backing four candidates that are running to unseat current members of the school board there this fall.

"It's a crazy time to throw my hat in the ring, but I also believe it's a really crucial time for public education," said Beth Connor, a former teacher with three children in the district.

Connor is frustrated with the current board and believes they've made school decisions unnecessarily political. She doesn't believe there's a good plan in place to address learning loss and mental health issues caused by the pandemic or to spend the federal Covid relief funds the district is receiving, which have the potential to transform education.

"I think right now our school board members, and those across the country, want to bring national politics down to the local level. I don't believe school boards should be a political position," Connor said.

In Pennsylvania, school board candidates can cross-file and run on both party tickets in the primary. Connor, who says she's been registered as both a Democrat and a Republican in the past, ran on both sides -- winning on the GOP ticket and will appear under that banner on the general election ballot.

Back to School Pa is bipartisan. The candidates they back skew Republican, but about a third are Democrats. Their opponents are often backed by the state teachers' union Pennsylvania State Education Association's PAC, Martino said.

Chris Lilienthal, a spokesman for the Pennsylvania State Education Association, said the group's PAC supported 101 school board candidates in the spring primaries, 88 of which were successful.

"We believe in electing candidates that value public education and put the interest of students and educators above personal agendas," Lilienthal said, noting that the union has made it a top priority to ensure schools start and end in-person this year.

Teachers' unions have traditionally been allied with Democrats, but the relationship become more complicated last year as pressure grew on the Biden administration and governors to reopen schools. The two biggest national teachers' unions supported Biden's pledge to reopen most schools within his first 100 days in office, but in some places like Chicago and San Francisco the union was criticized for making unreasonable safety demands and slowing the return to in-person learning.

An uptick in interest as passions run high

The anger over school reopening policies, masking requirements, as well as the politicization of critical race theory has led to not only a burst of fundraising for new candidates but an uptick in attempts to recall school board members.

There are dozens of efforts to recall school board members across the 22 states that allow for them, including in places like San Francisco and Fairfax County, Virginia where parents were frustrated with how long it took to get children back into the classroom for in-person learning last year.

It remains to be seen how many of those efforts will be successful, putting even more pressure on districts to smoothly reopen this fall. Rules vary by state, but in most instances a special election is held if enough voters sign a petition.

In San Francisco, more than 50,000 signatures must be collected by September 7 -- a few weeks after school starts. In Fairfax, a parent group collected enough signatures that a judge could decide as soon as this month whether to remove a sitting school board member from office after a parent group already collected the required number of signatures.