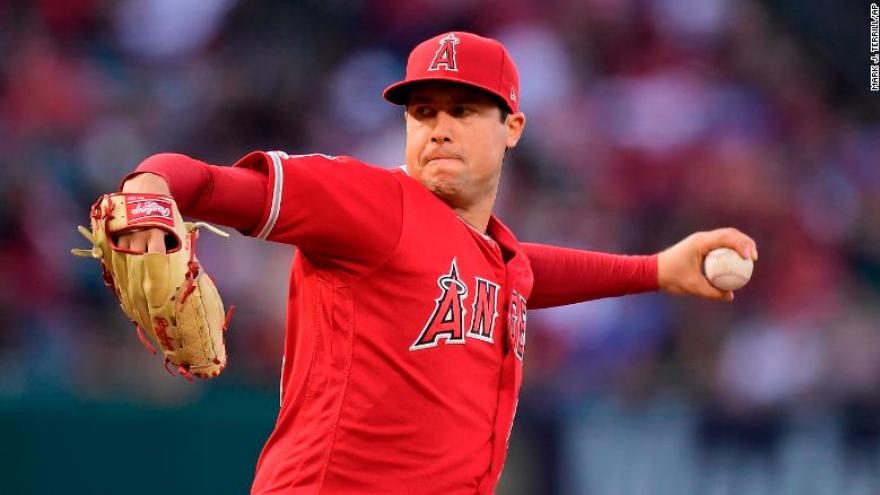 (CNN) -- A top public relations official with the Los Angeles Angels provided oxycodone to Tyler Skaggs, and abused the drug with him before the pitcher died earlier this year, the employee's attorney told CNN on Saturday.

The alleged drug abuse and a Drug Enforcement Administration investigation were first reported by ESPN.

ESPN reported that Eric Kay, the Angels' director of communications, also gave the DEA the names of five other players who he believed were using opiates while with the Angels team.

Attorney Michael Molfetta told CNN by phone, "Nothing in the article was inaccurate."

His client has been on paid leave from the Angels for at least 30 days, he said.

Skaggs, 27, passed away July 1 in a hotel in Southlake, Texas, before the team was set to play the Texas Rangers. He was 7-7 in 15 starts this season.

According to the ESPN report, Kay told investigators he illegally obtained six oxycodone pills and gave three to Skaggs a day or two before his team left for its road trip to Texas.

Angels President John Carpino insisted that officials with the team never heard that any employee was providing illegal drugs to a player or that a player was trying to get illegal narcotics.

"The Angels maintain a strict, zero tolerance policy regarding the illicit use of drugs for both players and staff," he said. "Every one of our players must also abide by the MLB Joint Drug Agreement. We continue to mourn the loss of Tyler and fully cooperate with the authorities as they continue their investigation."

Kay's attorney said his client is not well.

"He's dealing with his own demons. He's going to be blamed for this. He doesn't feel good about that for obvious reasons," Molfetta said.

The attorney said Kay, 44, is trying to get his sobriety squared away.

Skaggs family attorney Rusty Hardin said the family appreciates the work that law enforcement is doing. They are "patiently awaiting the results of the investigation."

Major League Baseball said it was not aware of Kay's assertions.

CNN has reached out to the DEA for comment.