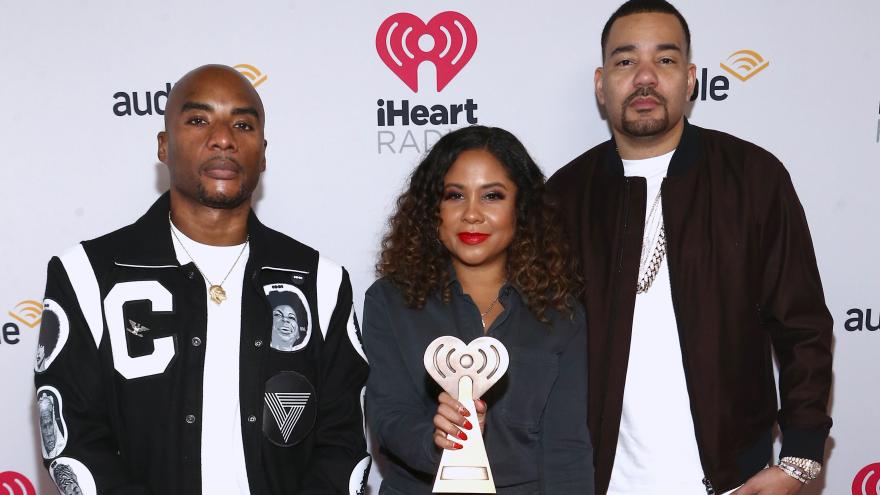 (CNN) -- Angela Yee announced on Wednesday that she will be departing "The Breakfast Club" to host her own syndicated radio show.

"This is really exciting," she told her co-hosts Charlamagne tha God and DJ Envy on Wednesday. "This is something that I've been waiting to do for years now, way before the pandemic. I had actually sat down with our big boss ... and I was telling her, like, 'Look, I really wanna have my own show.' You know, I have my podcast 'Lip Service' and I was thinking I would be able to get something like a weekend situation."

Yee said her new show with iHeart would be a national daily program, adding that she'd remain with "The Breakfast Club" for another month while details are finalized.

Yee, a co-host of the popular morning radio show, which airs on hit Power 105.1 across 100 stations in the United States, hinted at the change in a Tweet on Tuesday night.

"The breakfast club as you know it is officially over," Yee tweeted.

The popular drive-time morning show debuted in 2010, and has since been nominated for numerous awards, even being inducted into the Radio Hall of Fame in 2020.