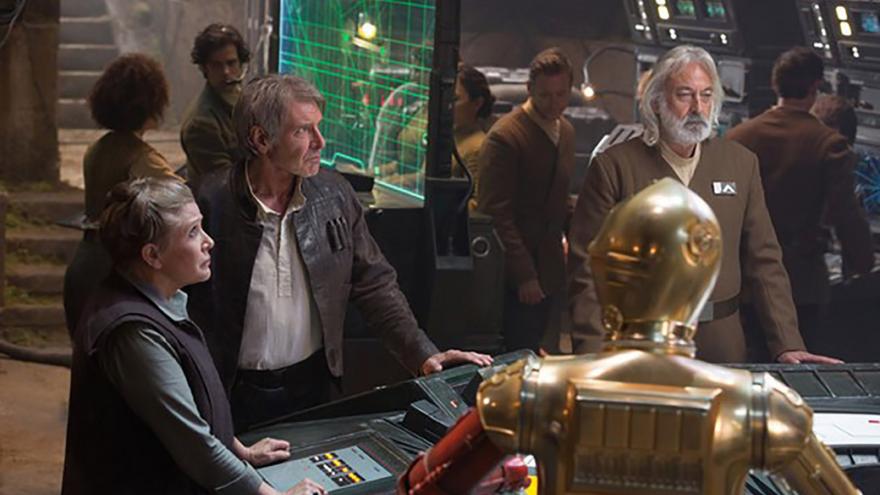 (CNN) -- Andrew Jack, a British actor and dialect coach who had roles in a number of "Star Wars" movies, has died aged 76 after contracting Covid-19, his agent has said.

He also worked as a vocal coach on a number of blockbuster movie franchises, including "Guardians of the Galaxy," "The Lord of the Rings" and "The Avengers."

Jack's agent, Jill McCullough, said in a statement that he died on Tuesday in a hospital in Surrey, England, as a result of the coronavirus.

"Andrew lived on one of the oldest working houseboats on the Thames, he was fiercely independent but madly in love with his wife, also a dialect coach, Gabrielle Rogers," McCullough said.

"Tragically she is stuck in quarantine in Australia, having just flown in from New Zealand last week. She was unable to see or talk to him at the end of his life and there is a chance a funeral may not be held."

"He was still working full pelt, currently coaching on the new Batman," McCullough added, referring to "The Batman," which is set for release in 2021. "Dialect coaching isn't just about being good at accents -- you need to make your actors feel safe and confident -- and Andrew's actors adored him."

Jack had a long-running association with the "Star Wars" movies and had roles both in front of and behind the camera. He also had voice parts, including as Moloch in "Solo: A Star Wars Story."

American actor Sean Astin, who worked with Jack on "The Lord of the Rings" movies, paid tribute to him on Twitter, saying that he "made a mean curry" and "was powerful & gentle in equal measure."

"Andrew Jack loved a unique theory of gravity, that we are all being pushed down, instead of pulled down. We loved Andrew Jack," he added.

Producer Christopher Miller, executive producer of "Solo: A Star Wars Story," tweeted: "Andrew Jack was the dialect coach on SOLO, and a kind and thoughtful man. We asked him to teach Alden to speak Shyriiwook, and I'll always remember listening to them gargle-roar at each other back and forth."