Andrew Cuomo promises to legalize cannabis in New York. It could be 'gigantic' 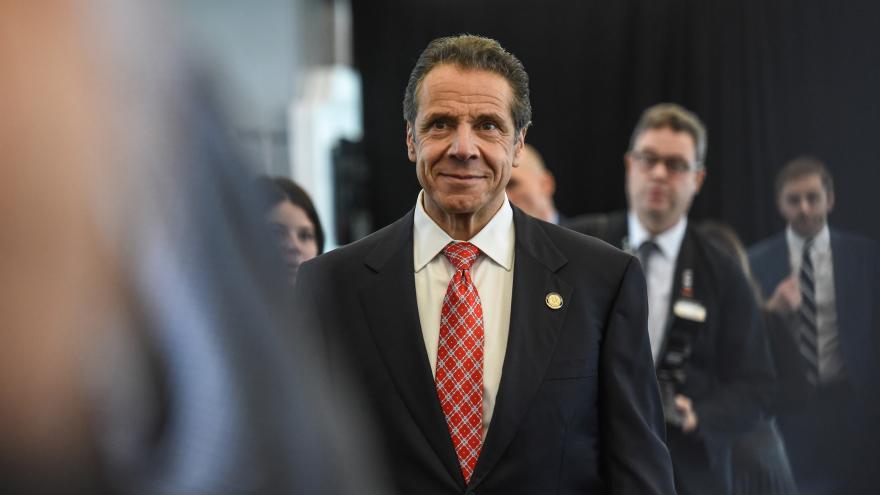 Cuomo on Wednesday highlighted adult-use cannabis legalization as one of his 2020 priorities. His proposal includes forming an Office of Cannabis Management to regulate medical, adult-use and hemp programs; ensuring that social equity and social justice needs are met; working in concert with neighboring states; and creating a cannabis and hemp research center at the State University of New York.

If Cuomo is successful, New York would become the 12th US state to legalize cannabis for recreational use, and it would follow on the heels of Illinois in being the second state to legalize via a legislative measure.

Although New York wouldn't be the first to the table, its emergence as a state-legal cannabis market could be historically significant, said Morgan Fox, of the National Cannabis industry Association, the trade association representing and lobbying on behalf of US cannabis businesses.

"It'll really be a gigantic market," he told CNN Business, noting New York's population base, immense tourist draw and financial hub. "[New York legalizing would] have ripples in global policy when it comes to cannabis."

New York, which has a small and limited medical cannabis industry, quickly could scale the rungs to become one of America's largest cannabis industries by sales. Initial projections from research and analytics firms BDS Analytics and Arcview Market Research peg New York as a $1.6 billion market in 2024, putting it behind the projected sales in the same year for California ($7.2 billion), Colorado ($2 billion), and Florida ($1.9 billion in medical cannabis).

Brightfield Group, a Chicago-based market and consumer insights firm focused on the cannabis industry, projects that if New York were to legalize cannabis in 2021, it could be the nation's second-largest cannabis industry at $2.2 billion in sales by 2023.

What experts expect to see is continued state adoption or expansion of programs and possible legislative moves to allow banks to more easily serve the industry or to codify the existing states' legal programs, she said.

"The next steps in cannabis legalization ... is not full, federal legalization," she said. "We're [not] going to throw open the doors and we'll have legal cannabis everywhere."

One of the most critical elements in creating a successful legal market is ensuring that the regulated businesses usurp long-established illicit market operators, said Tom Adams, managing director of industry intelligence for BDS Analytics, which tracks and analyzes cannabis industry sales. High taxes and onerous regulations can hinder the ability to drive illicit sales into the legal market, he said, noting California's ongoing struggles to combat non-licensed operators.

"If regulators are not careful, they actually make life better for illicit market operators," he said.