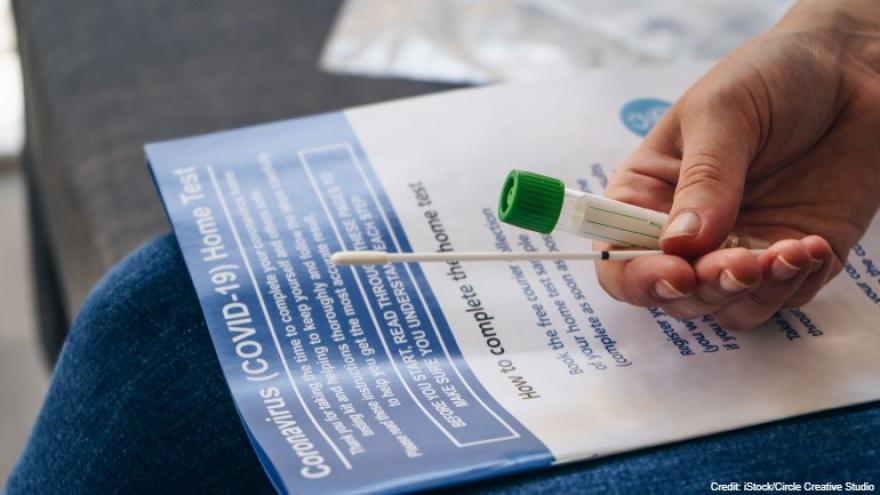 (CNN) -- Andrew Brooks, a research professor at Rutgers University who led the development of the first FDA-approved Covid-19 saliva test, died suddenly on January 23, according to a Rutgers statement.

His sister, Janet Green, confirmed to CNN on Sunday that the cause of death was a heart attack. She called him "an intellect, an amazing scientist, an amazing father ... an amazing family man."

Brooks, 51, was the chief operating officer and director of technology development at RUCDR Infinite Biologics, the lab that developed the saliva test. The test, which was approved in April 2020, was authorized for at-home use a month later.

New Jersey Gov. Phil Murphy referred to Brooks as "one of our state's unsung heroes" in a January 25 news conference, saying his work "undoubtedly saved lives."

"We cannot thank Andy enough for all he did across his career," Murphy said. "He will be sorely missed by many."

Last year, Brooks spoke about the impact the saliva test had as an alternative to nasal PCR tests for health care workers.

"It means we no longer have to put health care professionals at risk for infection by performing nasopharyngeal or oropharyngeal collections," he said in a statement at the time. "We can preserve precious personal protective equipment for use in patient care instead of testing. We can significantly increase the number of people tested each and every day as self-collection of saliva is more quick and scalable than swab collections. All of this combined will have a tremendous impact on testing in New Jersey and across the United States."

Brooks is survived by his mother, sister, wife and three daughters, along with a niece and nephew, Rutgers' statement said.