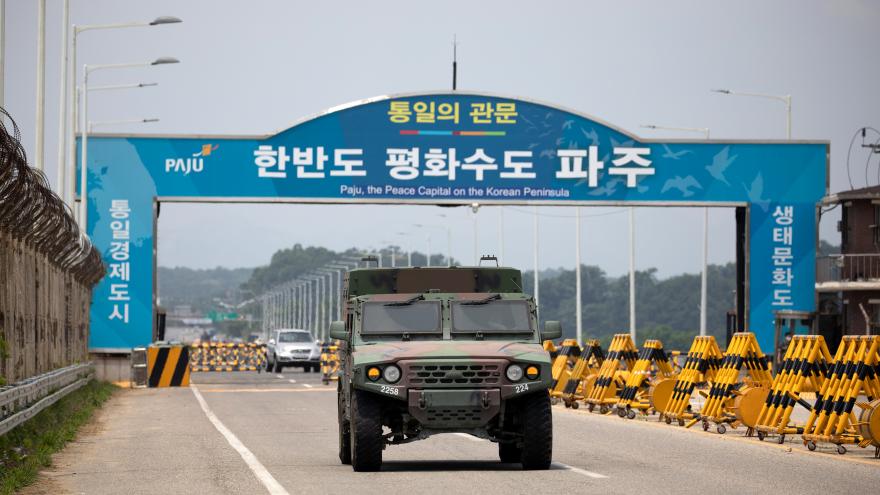 (CNN) -- An unidentified person has crossed the heavily armed border from South Korea into North Korea, the South Korean military said on Sunday.

The person was spotted at the eastern front of the Demilitarized Zone (DMZ) at around 9:20 p.m. local time on Saturday, South Korea's Joint Chiefs of Staff (JCS) said. The person was detected by the military with the use of a thermal observation device.

The JCS said troops were dispatched but they were unable to find the person, who crossed the Military Demarcation Line into North Korea at around 10:40 p.m.

A military official said security cameras had earlier captured the person climbing a barbed wire fence at around 6:40 p.m. Saturday, but the guard on CCTV duty had missed it.

The unidentified person was spotted by South Korean military at the east front of the Demilitarized Zone (DMZ) at around 9:20 p.m. local time on Saturday, the JCS said. The person was seen with the use of a thermal observation device.

The military official said they were currently working to identify the person and that it is unknown whether the person was still alive.

North Korean state media has not reported on any crossings over the DMZ overnight.