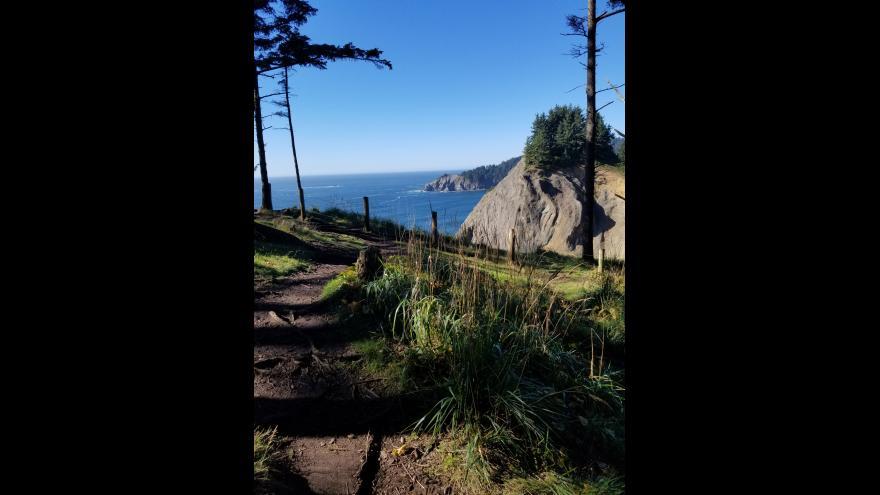 Police say the hiker died after falling about 100 feet off of a cliff along the Devil's Cauldron Trail.

(CNN) -- A hiker died after falling from a cliff into the ocean on Sunday in Oregon's Oswald West State Park, becoming the latest person to lose their life while trying to snap a scenic photograph.

Steven Gastelum, 43, walked down the Devil's Cauldron Trail and climbed a tree near the edge of the cliff to pose for a photo, Oregon State Police said.

A tree limb broke, and Gastelum fell about 100 feet into the ocean, police said in a statement.

A US Coast Guard helicopter and Nehalem Bay fire rescuers on jet skis located Gastelum and brought him to shore.

Gastelum was taken to Tillamook Regional Medical Center, where he was pronounced dead, police said. Oswald West State Park is about 90 miles northwest of Portland on the Oregon coast.

In July, a woman died after a fall in Grand Canyon Nation Park while she was taking photos with her family. Hundreds of people around the world have died trying to take selfies, a report in 2018 found.