An Italian glacier is turning pink -- and that's not good news 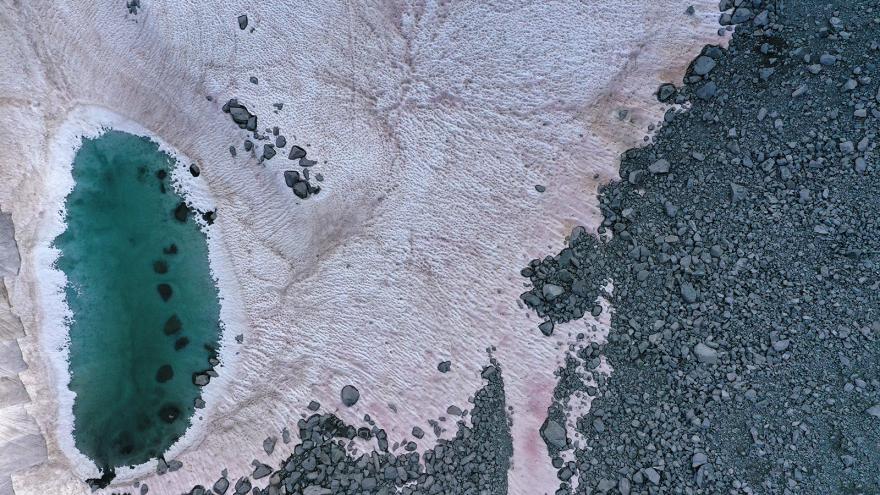 (CNN) -- A glacier in Italy is turning pink because of algae -- a development that will make the ice melt faster, a scientist studying the phenomenon says.

While "watermelon snow," as it is sometimes known, is fairly common in the Alps in spring and summer, it has been more marked this year.

When Di Mauro went to the glacier on Saturday to investigate, "there was quite an impressive bloom of snow algae," he said.

He told CNN he believes an alga named Chlamydomonas nivalis is responsible for the change in color.

This spring and summer have seen low snowfall and high atmospheric temperatures, Di Mauro said, adding: "This creates the perfect environment for the algae to grow."

Algal blooms are bad news for the health of the glacier as darker snow absorbs more energy, meaning it melts faster.

"It is for sure bad for the glacier," Di Mauro said. 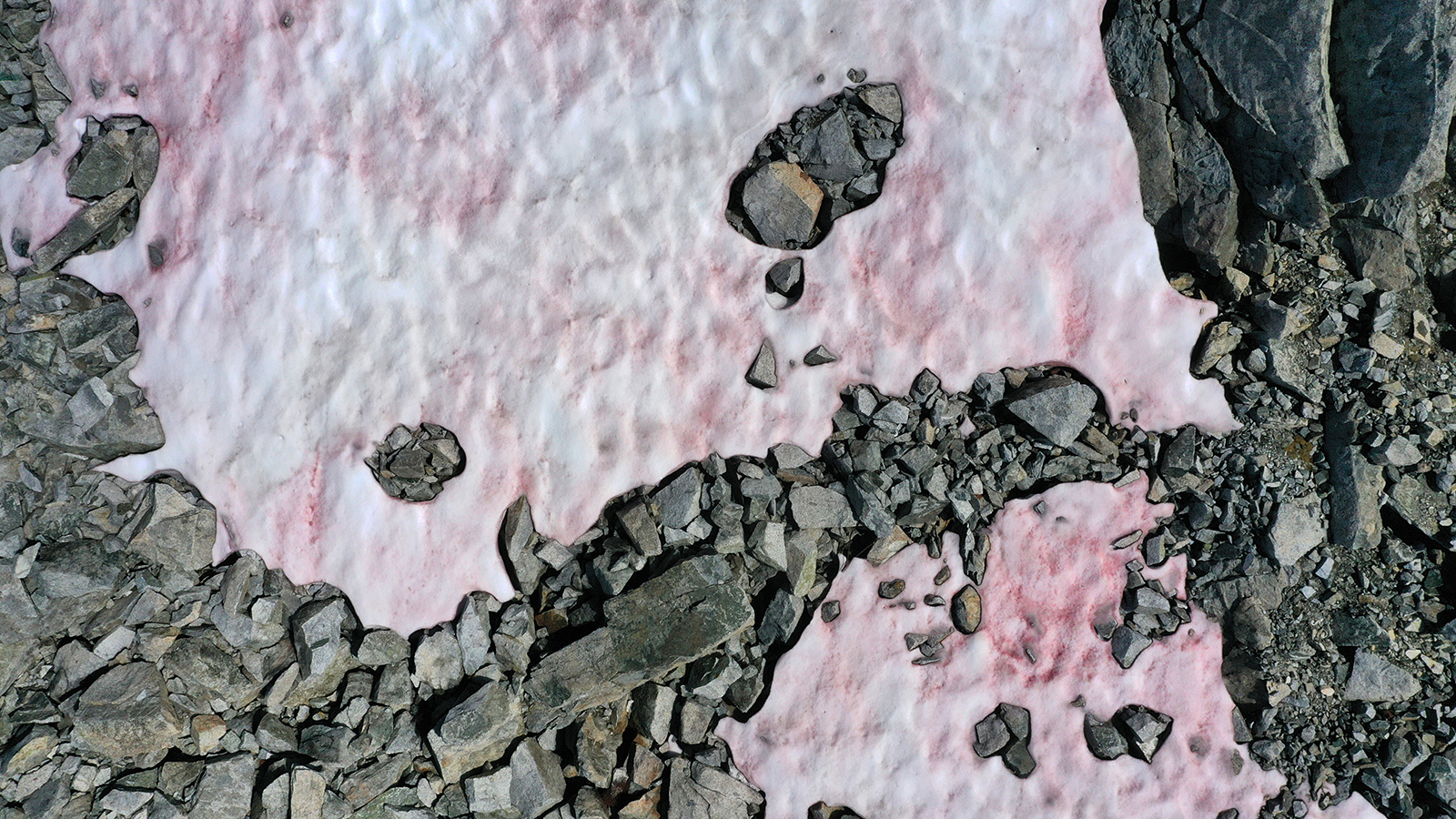 The phenomenon has been particularly common this year, said Di Mauro, who plans to study it in more detail to work out the concentration of the algae and map the blooms using satellite data.

Di Mauro has previously studied the Morteratsch glacier in Switzerland, where an alga called Ancylonema nordenskioeldii has turned the ice purple.

This alga has also been found in southwestern Greenland as well in as the Andes and Himalayas.

Glaciers around the world are melting as a result of climate change.

In October 2019, research revealed glaciers in Switzerland have shrunk 10% in the past five years, a rate that has never been seen before in more than a century of observations.

In Antarctica, the giant Denman Glacier has retreated almost three miles in the past 22 years, according to research published in March. 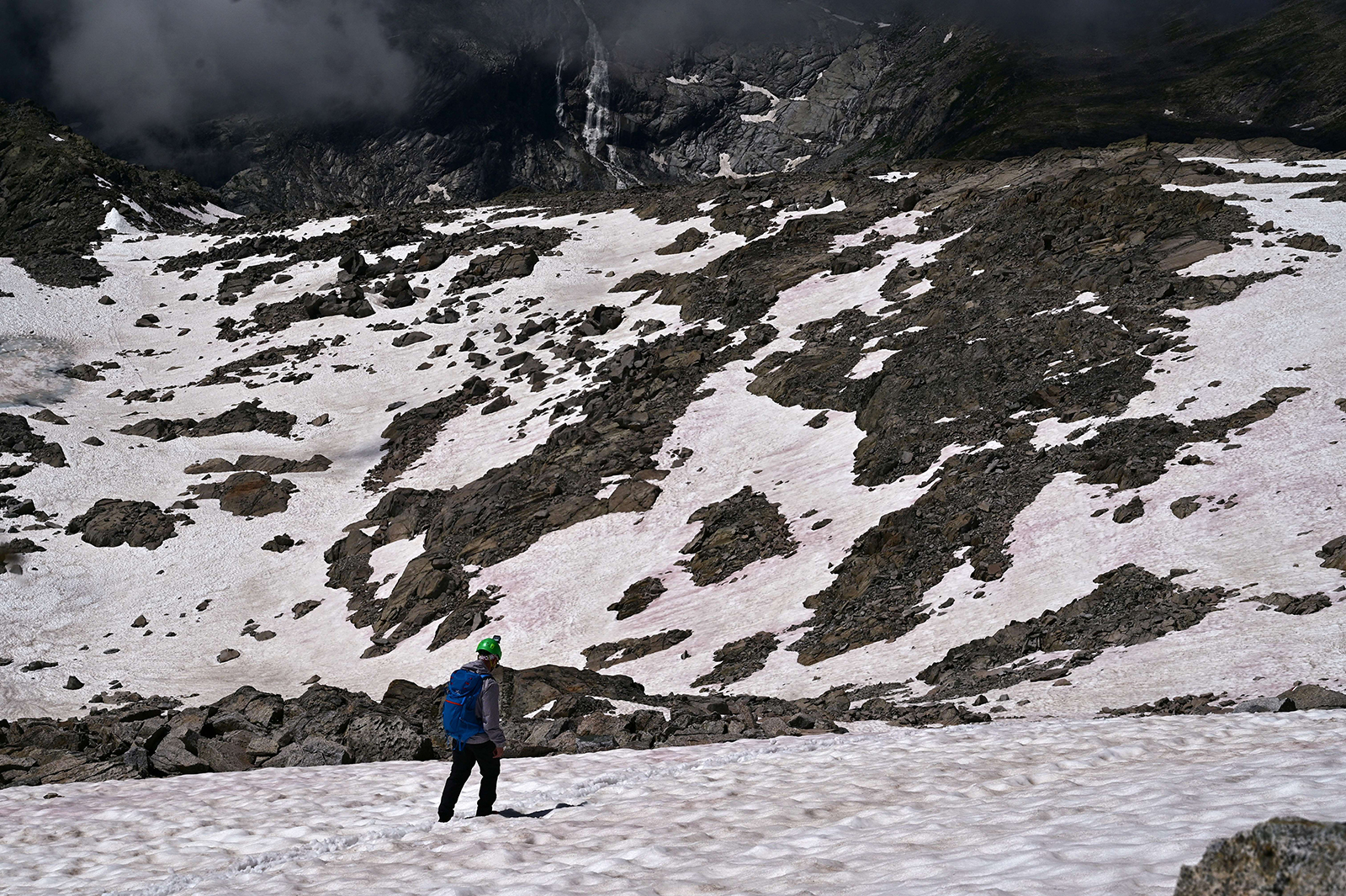