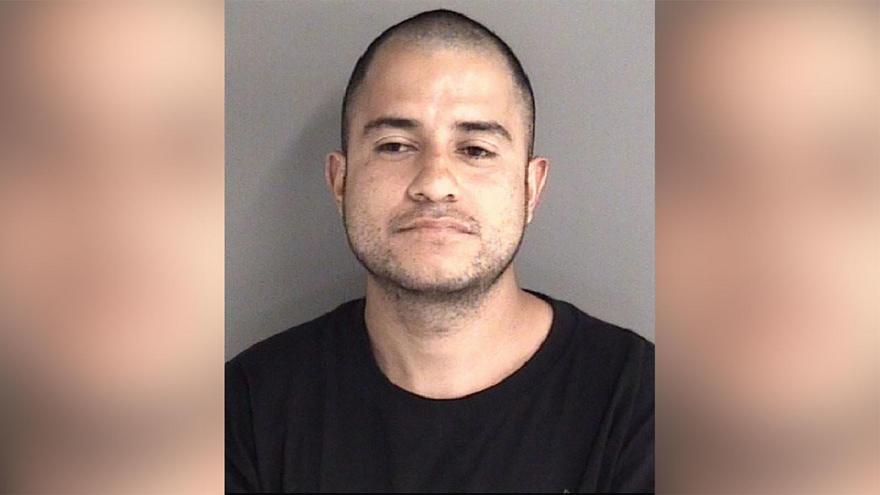 Adolfo Martinez was found guilty after tearing down and burning the flag which was flying at the Ames United Church of Christ in June.

(CNN) -- A man has been sentenced to about 15 years after burning an LGBTQ flag hanging from a church in Iowa.

Adolfo Martinez was found guilty on Wednesday after tearing down and burning the flag which was flying at the Ames United Church of Christ in June.

Martinez said he removed the flag because he didn't believe the church should support the LGBTQ community since it is a house of worship, the police report read.

"It was an honor to do that," Martinez told CNN affiliate KCCI. "It's a blessing from the Lord to be able to stand for his world firmly, against all odds."

The 30-year-old faces about 15 years in prison after being found guilty of arson in the 3rd degree in violation of individual rights, harassment in the 3rd degree and reckless use of fire or explosives, according to court documents.

Martinez said he was guilty and had no intention of fighting the charges as he "knowingly, intentionally and willingly" burned the flag.

"Hate crimes against the LGBTQ community are a serious matter as they inflict distinct emotional harms on their victims, and strike fear into the communities they target," Courtney Reyes, the executive director of One Iowa, a statewide LGBTQ organization, said. "That said, true justice should always strive to be about rehabilitation, reconciliation, and healing communities."

Reyes said that while her organization is appreciative of the seriousness of the crime, it does not see how the long sentence "accomplishes any of those goals."

"We will continue to strive for a justice system which values restoration over punishment and helps individuals like Adolfo Martinez understand the harm that they've caused."

Story County Attorney Jessica Reynolds told KCCI since Martinez has a long history of harassment and was also charged as a habitual offender, he faced a harsher penalty.

"I believe him to be very dangerous," Reynolds said. "That's why my office recommended the maximum sentence."