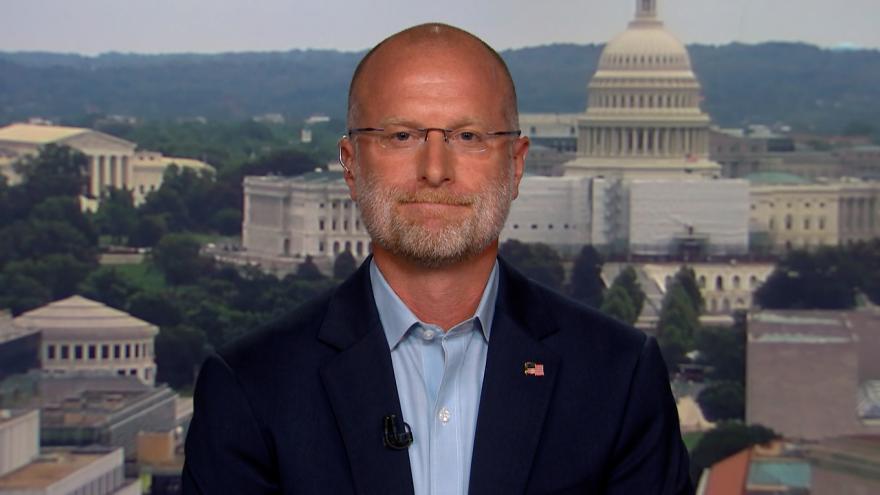 (CNN) -- While TikTok's short-form videos are entertaining, that's "just the sheep's clothing," a Federal Communications Commission official said, and the app should be removed from app stores because of security issues.

But a TikTok executive, in a rare interview on CNN's "Reliable Sources" on Sunday, claimed there are no security concerns linked to the hugely successful app.

The short-form video app is the most downloaded in the world, beating Instagram with 3.5 billion downloads. Users spend an average of at least 46 minutes a day on the app, sending it storming past its competition.

On the surface, TikTok is certainly lighthearted, allowing users to share content including dance videos and cooking tutorials. But critics think something more sinister may be built into its model, claiming its power comes from its data collection and algorithms.

TikTok is owned by the Beijing-based ByteDance, which means the company is essentially under the control of the Chinese government, said CNN's chief media correspondent Brian Stelter.

Bytedance has promised to house American data on servers in the United States to quell concerns. But an explosive Buzzfeed News report published two weeks ago revealed that, according to leaked audio from internal meetings, engineers in China were able to repeatedly access US user data.

FCC Commissioner Brendan Carr told Stelter lawmakers had asked TikTok directly if any data is being accessed by Beijing. Instead of being upfront, he said, the company has repeatedly said all US user data is stored in the US.

"And that's not just a national security problem, but to me it looks like a violation of the terms of the app store," Carr said. He has written a letter to Google and Apple asking them to boot TikTok out of theirapp stores, giving them until July 8 to respond.

The FCC doesn't have jurisdiction over social media, Stelter pointed out. But Carr said the FCC has developed an understanding of how the Chinese government can take data and infiltrate communications.

The claims that TikTok is collecting browser history is "simply false," said Michael Beckerman, head of public policy, Americas, at TikTok.He also said that while the app scans your face for filters, it does not use it to identify individuals.

Stelter asked if any Chinese Communist Party members has seen nonpublic TikTok user data. "The answer is we have never shared information with the Chinese government, nor would we," Beckerman said, adding they have US-based security teams.

"Are TikTok's engineers, the people that are developing this tool, creating this tool, are they beholden to China, and is that a threat to the US?" Stelter asked again.

"No, absolutely not. TikTok is not a security threat," Beckerman said, adding TikTok is willing to be transparent and work with stakeholders.

The Buzzfeed report also said there were concerns that China could use TikTok to "influence Americans commercial, cultural or political behavior."

"Yeah, I just I just don't see that," Beckerman said, saying the videos he sees are all from US creators.

Beckerman said the app does not allow political ads and it's primarily a platform for entertainment. Stelter pointed out investigations from The Wall Street Journal that revealed "rabbit holes" users go down on topics like eating disorders. "(Harmful content) is a problem for the internet as a whole," Beckerman said.

"It's something that we've worked really hard on to eliminate our platform anything that's dangerous or harmful, violates our community guidelines."