An exploding car air bag causes 17th death in the US 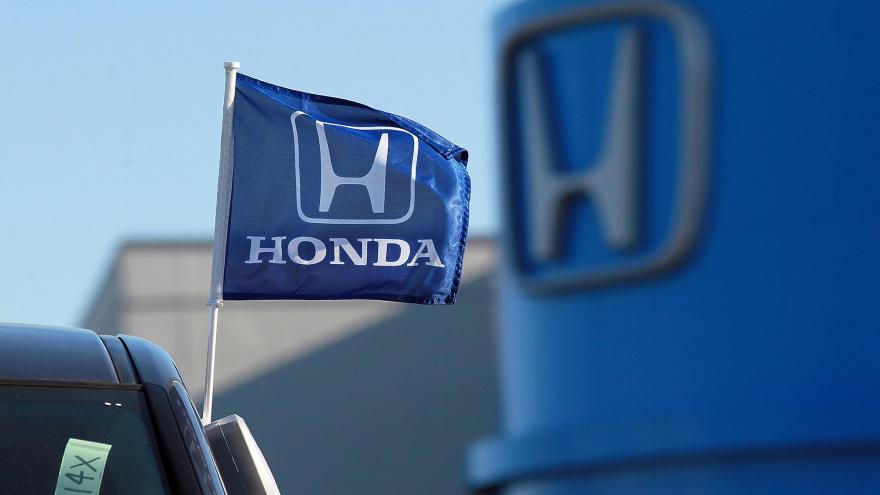 Honda confirmed that a man driving a 2002 Honda Civic died after a crash that triggered faulty airbags to deploy, killing them. Theirs is the 17th death in the US related to recalled Takata airbag inflators.

(CNN) -- A motorist died after faulty air bag inflators in their 2002 Honda Civic ruptured, Honda confirmed. It's the 17th death in the US caused by a Takata air bag.

The crash occurred in late August in Mesa, Arizona. Air bag inflators on the driver's and passenger's side ruptured in the crash, Honda said.

Every car air bag has an inflator, which puffs up the air bag when triggered.

The driver's air bag injured and "subsequently killed" the driver, whom Honda didn't name. The passenger's air bag exploded inside the dashboard, which caused a small fire, Honda said.

The 2002 Honda Civic had been under recall since December 2011 for replacement of the driver's air bag inflator, which can explode when deployed, Honda said. The inflator was recalled again in 2014.

The automaker made repeated efforts to contact the car's owner before the air bags ruptured, Honda said. It mailed more than 15 recall notices to registered owners of the car, called them and visited their home address to leave recall information.

At least 17 people in the US have been killed when faulty Takata air bag inflators exploded and another 250 have been injured, according to the National Highway Traffic Safety Administration (NHTSA).

A chemical drying agent used in the inflators could cause air bags to rupture when exposed to long-term heat and humidity, Takata and NHTSA said. Upon bursting, some Takata air bags caused shrapnel to explode forward into passengers and drivers, injuring or killing some.

It was the largest automotive recall in US history, with some 37 million cars in the US from 19 automakers affected. It could take until 2023 to repair all the affected vehicles, a full 15 years after the first car was recalled.

But air bags in some 2001-2003 Honda and Acura vehicles are at an "especially high risk" of rupturing and should be replaced immediately, NHTSA said. Those vehicles, which include the 2001-2002 Honda Civic, contain "Alpha air bags," which pose a 50% risk of failing and seriously injuring or killing motorists.

The air bag issue led Takata to file for bankruptcy in June 2017.