Amie Harwick was strangled before she was thrown over balcony, autopsy finds 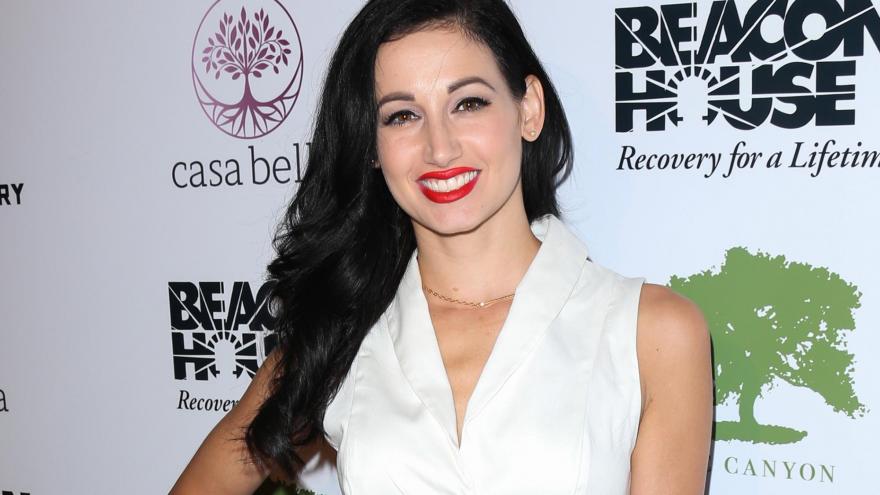 An ex-boyfriend of Amie Harwick was charged with killing the former sex therapist in her Hollywood Hills apartment by throwing her over a balcony, officials said. Pictured here in October 2016, Harwick attends the "Rock To Recovery" benefit in Los Angeles, California.

(CNN) -- Former sex therapist Amie Harwick appears to have been strangled before she was thrown from a third-floor balcony at her Hollywood Hills apartment, officials said Thursday.

Autopsy results show the primary cause of death as blunt force injuries to the head and torso from a fall after an altercation, said Sarah Ardalani, spokeswoman for the Los Angeles County Department of Medical Examiner-Coroner.

An ex-boyfriend of Harwick was charged Wednesday in her death.

Gareth Pursehouse, 41, was charged with one count of murder and one count of first-degree residential burglary, according to a news release from the Los Angeles County District Attorney's Office. The special circumstance allegation of lying in wait means he is eligible for the death penalty.

It is unclear whether he has an attorney.

Harwick, the 38-year-old who was previously engaged to comedian Drew Carey, was found unresponsive beneath a third-story balcony in her home with injuries consistent with a fall early Saturday, according to a statement from the Los Angeles Police Department. She was transported to a hospital, where she died.

The therapist, who specialized in family and sex counseling, had filed a restraining order against Pursehouse, police said.

Pursehouse was arrested by an FBI-LAPD Task Force on Saturday afternoon and released Tuesday evening on a $2 million bond. He was rearrested Wednesday on a no-bail warrant, the DA said in a release. His arraignment was scheduled for Thursday but was delayed until March 4.

When LAPD officers responded to reports of a "woman screaming" early Saturday, they met Harwick's roommate in the street who told them Harwick was being assaulted inside the home.

They found her beneath a third-story balcony, where she was "gravely injured" and unresponsive, LAPD said. An investigation showed forced entry into the home and a struggle upstairs.

Harwick had recently expressed fear about a former boyfriend and filed a restraining order against Pursehouse, the statement said, but the restraining order had expired. The LAPD said she'd seen the man two weeks before her death.

A positive force in the world

A former Playboy model, Harwick also advocated for sex workers and supported a non-profit that subsidized mental health care for performers in the adult industry.

Harwick became engaged to Carey, host of "The Price is Right," in 2018. The pair split less than a year later.

"Amie and I had a love that people are lucky to have once in a lifetime," Carey said in a statement to CNN. "She was positive force in the world, a tireless and unapologetic champion for women, and passionate about her work as a therapist. I am overcome with grief. I would like to thank you in advance for giving myself and everyone who loved Amie privacy while we try to work through this tragic situation."

Clients and friends mourned her death.

"(Harwick) was my therapist," model Emily Sears tweeted Sunday. "Her work changed my life. It's truly heartbreaking that she passionately dedicated her life helping others heal from trauma and live freely. This shouldn't have happened to her."

"We spoke in detail about my past history (with) domestic abuse," E! producer Kelsey Darragh tweeted. "She dedicated her LIFE to helping women like me. feels unreal. RIP dr.amie."