2 high school students, an engineering student and a man who was trying to save his fiancée are among the Astroworld Festival victims 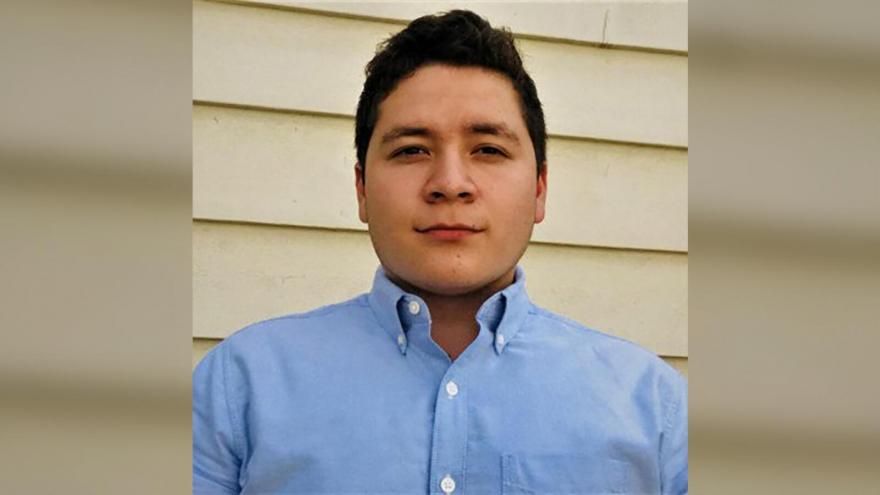 University of Dayton student Franco Patino, 21, was among the eight people who died at Houston's Astroworld Festival on Friday, according to a statement from the university.

(CNN) -- Two high school students, a man who was trying to save his fiancée and a 9-year-old boy are among 10 people who died after a crowd surge at the Astroworld Festival tragedy in Houston, authorities said.

Rapper Travis Scott, who was performing November 5, has said he will pay for the funerals of the deceased concertgoers.

Here's what we know about the victims:

Acosta was a junior at Western Washington University and had an interest in computer science, according to the university. He was from Tieton, Washington.

His brother Joel Acosta told CNN that Axel had turned 21 in October.

The student was at the event alone, his aunt Cynthia Acosta told CNN affiliate KTRK. "It was his first time going to an event like that," she told the Houston station.

According to Joel Acosta, the family last heard from his brother around 5 p.m. on Friday.

On Saturday, the Harris County Medical Examiner's Office released a description and asked the public for help identifying the remains.

Baig, from Euless, Texas, died trying to save his fiancée, who was getting stomped on and hit in the crowd surge at the concert, his brother Basil Baig told CNN on Sunday.

His family said he was an amazing individual who loved with all his heart.

"People would admire him for who he was," Basil Baig told CNN.

His funeral was held Sunday in Colleyville, his brother said.

Basil Baig said his brother's fiancée survived but is bruised all over her body and is traumatized. Basil, who also was there, also said he was hurt and traumatized.

Another brother, Mirza Ammar Baig, told CNN on Tuesday that Danish had planned to buy a house for their parents by the end of the month.

"It's unbearable. It's unspeakable," he said of his brother's death. "I'm the older brother, but he was the older brother to me. He led this family in a direction that I couldn't have done in any other way. ... To wake up and not be able to hear his voice, to touch him, to kiss him, to tell him how much we love him, it's not going to happen anymore. And the way he left this world, it's not just."

Basil Baig was asked what he'd miss the most about Danish. "His smile. He used to light up the room, man. His jokes. Everything that he used to do."

"Anything that he did, he put everyone before himself, and that's what he did until he died, till his last breath," Basil said.

Blount died Sunday, nine days after he was injured at the festival, according to family attorney, Benjamin Crump.

The boy had been in a medically induced coma in an attempt to overcome brain, liver and kidney trauma, according to a statement from Crump.

Bernon Blount, Ezra's grandfather, told CNN his grandson was in Houston to see "his favorite artist" and attended the concert with his father, Treston Blount.

"When my son went to the concert, he had my grandson on his shoulder," Bernon Blount said. "All the people pushed in and he could not breathe so he ended up passing out because of all the pressure that was being applied to his body. And when he passed out, Ezra fell off his shoulder and fell into the crowd."

When Bernon's son came to, Ezra had already been taken to Texas Children's Hospital as a John Doe.

"They did not know anything about him, his name or anything because he got separated from my son," Bernon said previously.

"The Blount family ... is grieving the incomprehensible loss of their precious young son. This should not have been the outcome of taking their son to a concert, what should have been a joyful celebration," the statement from Crump said. "Ezra's death is absolutely heartbreaking. We are committed to seeking answers and justice for the Blount family."

Dubiski, who was from Cypress, Texas, was listed by the Harris County Medical Examiner's Office as one of the people who died.

Memorial High School Principal Lisa Weir sent a letter Saturday to parents at the school, informing them of the death.

"We are deeply saddened to inform you that a male ninth grade student died ... in an incident at the Astroworld Festival. Our hearts go out to the student's family and to his friends and our staff at Memorial. This is a terrible loss, and the entire MHS family is grieving today," Weir's letter reads.

College student Jacob Jurinek was among the people who died Friday, according to a statement released by his university in Illinois.

In the release, SIU Chancellor Austin Lane said Jurinek "was a creative, intelligent young man, with a promising career in journalism and advertising."

Patino, a senior at the University of Dayton, was studying mechanical engineering technology and human movement biomechanics, according to a statement from the university.

He was a member of Alpha Psi Lambda, a Hispanic-interest fraternity, the statement said, and was originally from Naperville, Illinois.

"He was loved by so many because of the loyal, loving, selfless, protective, funny, and caring person he was," his family said in a statement. "Even though he was a hardworking individual, he would always try to make time for his family and the people he cared about. We will miss the big heart Franco had and his passion for helping others."

Peña lived in Laredo, Texas, and studied at Laredo College, according to his Facebook page.

"I am starting a go fund me for my youngest brother (Rodolfo Angel Peña)'s passing please donate out of heart anything is great," the online fundraising post reads.

Peña was 23, according to CNN affiliate KTRK, which spoke with his sister.

Rodriguez was a junior at Heights High School in Houston, according to a verified GoFundMe account established by her family.

"Dancing was her passion and now she's dancing her way to heaven's pearly gates," the fundraising post says.

During a news conference Thursday, her family and their lawyers discussed Shahani's integral role in her family as the oldest sibling in an immigrant family.

"Not only do they keep the family together, but they ensure the family will thrive. That's who Bharti was to her family," he said.

Shahani's younger sister, Namrata Shahani, said Astroworld was their first music festival, so the concert served as her time to just have fun and let loose.

Bharti Shahani attended the concert with her cousin and her younger sister, according to cousin Mohit Bellani.

Bellani said that he doesn't like to call Astroworld a tragedy because the connotation behind that word "implies that is something that was very much unavoidable."

"I think the word that should be used is atrocity, that this was 100% avoidable and this was an act of pure, pure brutality," he said. "I can't even call it a festival."

The family is planning on setting up a foundation so Bharti's memory can live on, family attorney James Lassiter said.