An endangered pygmy hippo was born at the San Diego Zoo, the first in over 30 years 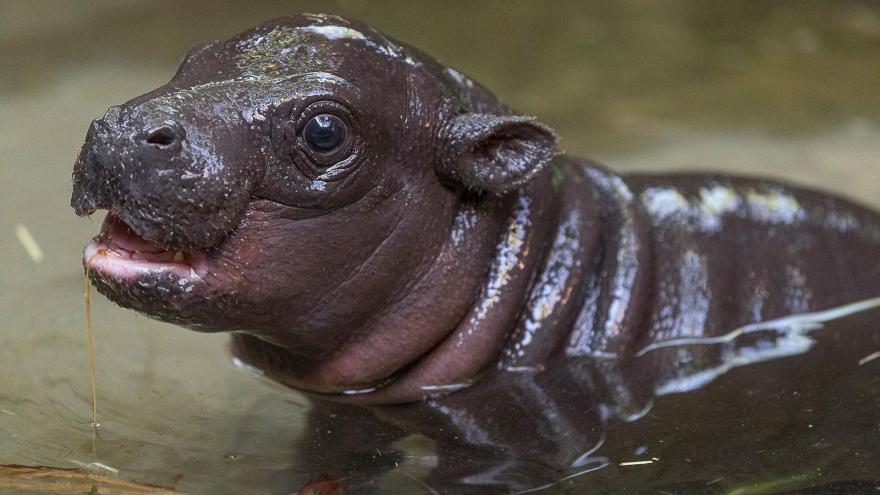 A little pygmy hippo was born at the San Diego Zoo last month.

(CNN) -- Pygmy hippos are an endangered species, but in April, one was born at the San Diego Zoo. It was the zoo's first successful pygmy hippo birth in more than 30 years.

The calf hasn't been named, but the zoo said it stood, walked and followed its mother around within just a few hours of its birth.

"Mom and calf are doing very well," the zoo said in a statement. "The calf is nursing and getting lots of attention from the first-time mother."

Pygmy hippos typically reside in rivers and streams of West African forests, according to the zoo. Less than 2,500 pygmy hippos live in Africa, the zoo said.

The baby now weighs 25 pounds, up from the wee 12 pounds he weighed at birth.

For anyone looking to see the new addition, though, they'll have to wait about a month until he's introduced to the main habitat, the zoo said.