An arrest has been made in the 2012 killing of a UNC-Chapel Hill student, police say 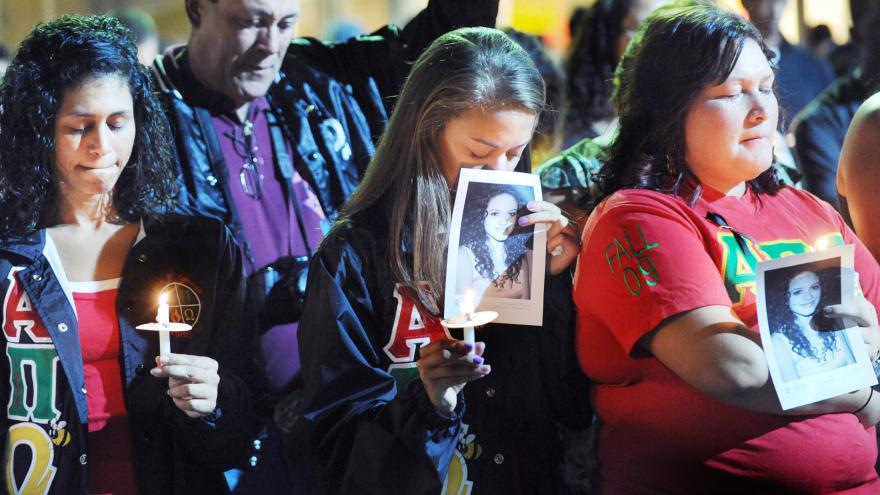 (CNN) -- A 28-year-old man has been arrested in connection with the killing of Faith Danielle Hedgepeth, a 19-year-old University of North Carolina at Chapel Hill student who was found dead in her off-campus apartment in 2012, officials said Thursday.

Miguel Enrique Salguero-Olivares from Durham, North Carolina, was arrested and charged with first-degree murder, Assistant Chief of Police Celisa Lehew, who has led the investigation for six years, announced at a news conference.

"Our agency has been committed to bringing justice to Faith and her family since the day of her murder," Chapel Hill Police Chief Chris Blue said in a statement. "I am proud of all the people -- inside our department and in the many partner agencies that assisted us -- whose hard work made this result possible."

She added: "In some communities, they face murder rates 10 times higher than the national average. Too often these cases and these women do not get the attention they deserve."

Hedgepeth's body was found September 7, 2012. "Her tragic death shook our community to its core, and we continue to feel the impact of her incredible spirit today," UNC-Chapel Hill said in a statement following the announcement.

"Today, our hearts and prayers are with Faith's family and loved ones as we continue honoring her life and memory," the university said. "We also want to thank our campus and community partners, including the Chapel Hill Police Department, UNC Police, state law enforcement and investigators for their perseverance in this case."

According to the university, Hedgepeth was an active member of the Carolina Indian Circle, Unheard Voices and served as an American Indian Center volunteer.

Gov. Roy Cooper issued a statement thanking the State Bureau of Investigation, the State Crime Lab, Chapel Hill Police and other law enforcement "who worked relentlessly and have never given up on solving the murder."