An Arizona student was arrested after threatening to kill medical school classmates and bomb the campus, authorities say 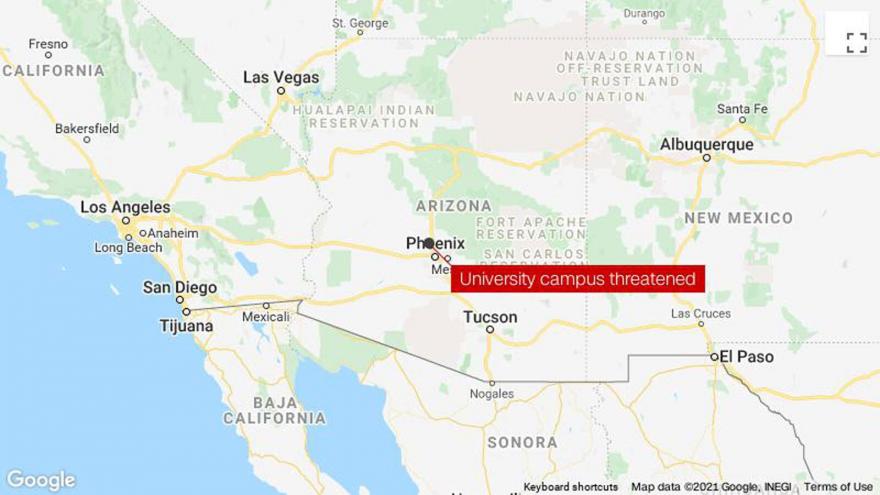 A student in Arizona was arrested after threatening to kill some of their medical school classmates and bomb the school campus, the Glendale Police Department said in a news release.

(CNN) -- A student in Arizona was arrested after threatening to kill some of their medical school classmates and bomb the school campus, the Glendale Police Department said in a news release.

The student faces four felony counts of computer tampering by using a computer in a course of conduct that threatened, terrorized or tormented specific individuals, police said.

It's unclear if she has legal representation.

The dean of Midwestern University at Glendale contacted authorities in April and reported that the student had sent a message from their phone threatening to bomb the campus, according to police and a probable cause statement.

When the dean confronted the student, she denied sending the message, the probable cause statement says.

The dean said the student was not doing well in school and was set to take her third medical board test after failing the first two, adding that if she failed the last test, she would be removed from the school, according to the court documents.

Earlier this month, a mass email was sent to about 200 students that named victims the author wanted to kill, according to police and the probable cause statement.

"Several more emails were sent in group messages threatening death and involving the families of the students," police added.

The student was arrested Wednesday after she was linked to the email addresses, social media accounts and electronic devices that were involved in the threatening messages, police said. The FBI is assisting in the investigation.