An Arizona driver thought his skeleton passenger meant he could drive in the HOV lane. He was wrong 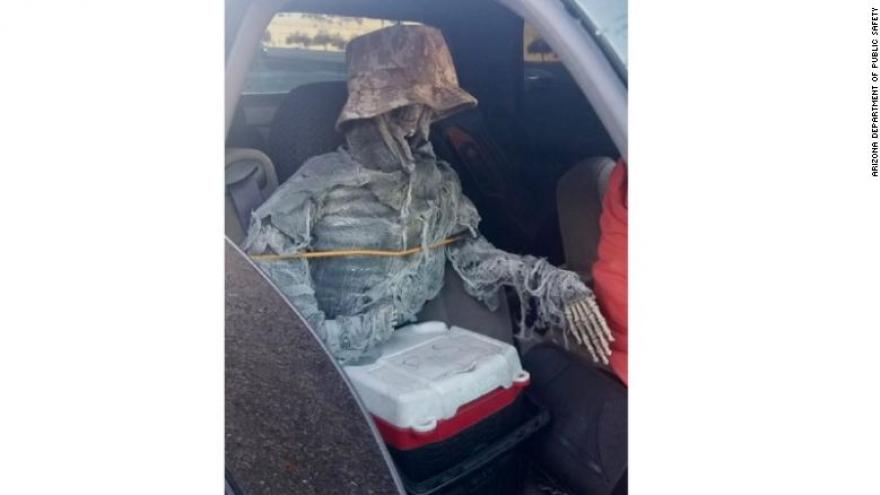 The Girl Scouts from Troop 1980 are pictured with their troop leaders Shae Evans (left) and Lisa McAbee (right).

You're allowed in the HOV lane if there's another human being sitting in the passenger seat.

Not a mannequin. Not a cutout. Not a body in the back.

And as Arizona officers confirmed this week, a skeleton won't do much good either.

A 62-year-old driver was cited for both HOV and window tint violations Thursday, the Arizona Department of Public Safety said.

"Think you can use the HOV lane with Skeletor riding shotgun? You're dead wrong." the department tweeted.

Skeletor, a fictional character from media franchise "Masters of the Universe" is as creepy as he sounds. The Arizona version was a little more relaxed, sporting a fishing hat and carrying a cooler on his lap.

Still not good enough for those HOV privileges though.