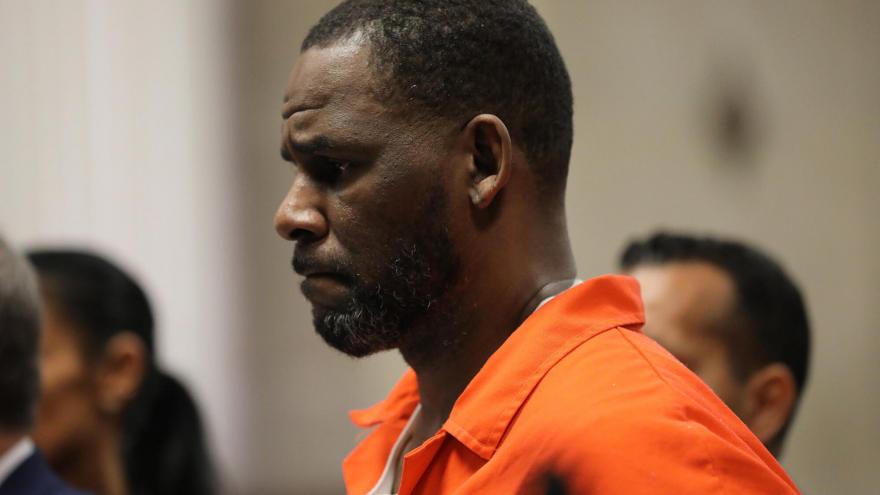 (CNN) -- The federal racketeering and sex trafficking case of singer R. Kelly in New York City will be heard by an anonymous jury that will be partially sequestered, according to a judge's ruling.

US District Judge Ann M. Donnelly granted a motion sought by federal prosecutors for an anonymous jury in a ruling issued on October 8 and unsealed on Friday.

"Empaneling an anonymous jury is appropriate given the seriousness of the charges, the defendant's history of obstructing the judicial process, the potential for juror intimidation and the intensity of media attention given to this case," Donnelly wrote in her ruling.

Kelly faces multiple federal racketeering and sex trafficking charges, including violations of the Mann Act, which prohibits trafficking people across state lines for prostitution or sexual activity. He's being held without bail in federal prison in Chicago, where he also faces federal and state charges. He has pleaded not guilty to all charges.

Earlier this year, federal prosecutors in the Eastern District of New York had argued for jurors to be kept anonymous, pointing in part to Kelly's alleged efforts to influence witnesses and jurors in his 2008 state trial in Illinois. Kelly was acquitted in that case of child pornography charges.

Prosecutors have alleged in court filings that Kelly persuaded multiple people to give false testimony before a grand jury in 2002. Prosecutors also say they have a recording that shows Kelly asked an associate during his 2008 state trial to contact a juror and tell them that Kelly was a "good guy."

The judge's ruling also cited "evidence of obstructive conduct by others, including the defendant's associates." Three men prosecutors say are connected to R. Kelly were recently charged in federal court for allegedly using threats, intimidation and bribes in efforts to influence testimony by alleged victims in the racketeering case against the singer.

Kelly's attorneys opposed an anonymous jury, saying prosecutors had not established that Kelly nor his associates presented a risk to jurors. His attorneys also argued that withholding the jurors' name, addresses, and employers would limit their ability to conduct voir dire, the process during jury selection when prosecutors and defense attorneys question potential jurors to determine how suitable they are for jury service.

Donnelly wrote that she was "unpersuaded" by the defense's argument that attorneys need the names and employers of prospective jurors so they can run "what amounts to background checks" on them.

"The defense cites no authority, and the Court is not aware of any, for the proposition that background investigations are a necessary component of jury selection in a criminal case," Donnelly wrote.

The judge also cited the possibility that "social media will become a tool for the harassment and intimidation of the jurors should their identities be made public."

Attorneys for Kelly did not immediately respond to CNN's request for comment Sunday. Steve Greenberg, an attorney for Kelly, previously told CNN that the "idea that R. Kelly is going to do anything while his case is pending to intimidate jurors or threaten jurors like some 1950s mobster is ludicrous."

"I've done cases with anonymous juries," Greenberg said in July. "But we, as his lawyers, should certainly know where the jurors are from, what they do for a living. The idea of jury selection is that you have some idea of whom you're selecting."

Donnelly also ruled the jury could be partially sequestered and escorted by US marshals in and out of the courthouse -- something Kelly's team was not opposed to. This would keep jurors from being contacted by news media and the public during the trial, and prevent "inappropriate and potentially harassing or intimidating contact," the judge wrote, in part.

Kelly's trial was scheduled to begin in federal court in Brooklyn in September, but it was delayed in part due to the Covid-19 pandemic. There is currently no set trial date for the case.