An American visited her boyfriend in Canada. They were both found dead on a remote highway 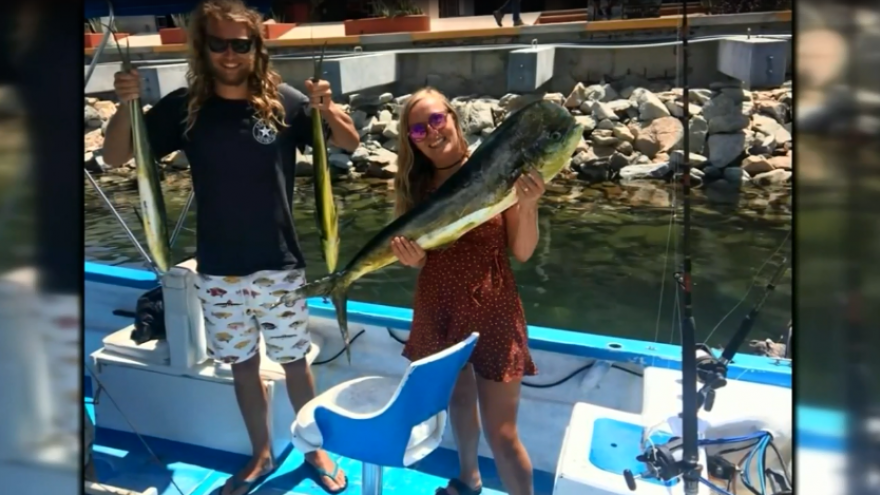 (CNN) -- A young American woman and her Australian boyfriend had set out to explore British Columbia when they were found dead on a remote Canadian highway.

Both deaths appear "suspicious," but the investigation is still "in its very infancy," Shoihet said.

A 1986 blue Chevrolet van with Alberta plates was also found at the scene, she said.

Police are trying to determine if the couple were driving the vehicle and are asking for information from anyone who may have seen the van or driven by it.

Fowler had been living in British Columbia and Deese was visiting him as they explored the area, Shoihet said.

Chynna Deese's mother, Sheila Deese, told CNN affiliate WSOC the two were going to travel in a van through Canada to visit all the national parks.

"They had mapped out their route," she told the affiliate. "And to my understanding, the van broke down and that's where tragedy happened."

Not clear if killings were targeted

It's not clear if the killings were targeted or if this was a crime of opportunity.

"At this point, we have nothing to indicate that their deaths are linked to any other active and ongoing investigations in the are, or if there is a heightened risk to public safety," Shoihet said in the statement.

The US State Department also said it was willing to assist with the case.

"We offer our sincerest condolences to the family on their loss," a department official said. "We are closely monitoring local authorities' investigation into the cause of death. We stand ready to provide all appropriate consular assistance. Our of respect for the family during this difficult time, we have no further comment."

'They were meant to be'

Fowler's family, including his father who is a chief inspector for the New South Wales Police Force in Australia, said in a statement they are traveling to Canada to "be with our boy and to bring him home."

"To lose someone so young and vibrant, who was traveling the world and just enjoying life to the full, is devastating," his family said in a statement through police. "To know his beautiful girlfriend, Chynna Deese of Charlotte, North Carolina also lost her life in this violent event is too cruel."

"They had plans for the future. They were meant to be," Sheila Deese told WSOC. "She loved him very much."

British Deese, Chynna Deese's brother, said the past day has been "the most chaotic" of his life, his "family spending hours on the phone with the US Embassy and investigators."

"24 hours ago I found out why little sis didn't text me back," he wrote in a Facebook post. "Chynna and Lucas' lives were abruptly taken from a random act of violence while starting their road trip through Canada."

Chynna Deese was "so deeply woven as a piece of my childhood and everyday life," her brother wrote on Facebook. "I am forever indebted to her for being such an amazing life companion and giving me SO many reasons to smile."

"Life throws curveballs and you made every one easier to handle. This is a curveball I did not expect. Losing you is going to hurt so much."