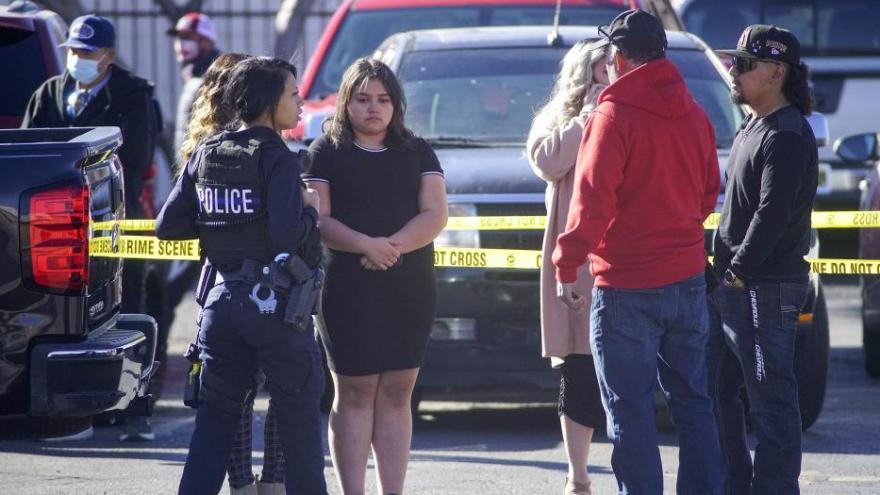 Albuquerque police responded to several stabbing scenes Sunday and a suspect is in custody.

(CNN) -- At least 11 people were stabbed Sunday in Albuquerque, New Mexico -- and police believe the same suspect was responsible for each attack.

Tobias Gutierrez, 43, was arrested in connection to the stabbings. He is charged with two counts of aggravated battery with a deadly weapon for two of the stabbings, police said.

A knife was found near Gutierrez at the time of his arrest and was later collected as evidence, said Albuquerque Police Department spokesperson Gilbert Gallegos.

Gutierrez was booked into the Bernalillo County Metropolitan Detention Center overnight. He was expected in court Tuesday but did not appear, court spokesperson Camille Baca told CNN.

The judge was told Gutierrez was unable to appear because of an undisclosed medical issue, Baca said. He remains in custody without bond, she said.

At Tuesday's hearing, Gutierrez was represented by the New Mexico Public Defender's Office. The office has not filed a formal request to represent him in district court, the Bernalillo County Metropolitan Court said.

Stabbings happened over the course of the day

Police said the stabbings were reported throughout the day Sunday, with incidents taking place across Albuquerque, including at a homeless encampment, a gas station and an apartment complex, according to an incident report.

Witnesses told police they saw a man who looked like Gutierrez allegedly holding a knife and trying to stab and cut people.

No deaths have been reported, but two victims are in critical condition, Gallegos said. The Albuquerque Police Department has not identified a motive for the attacks.