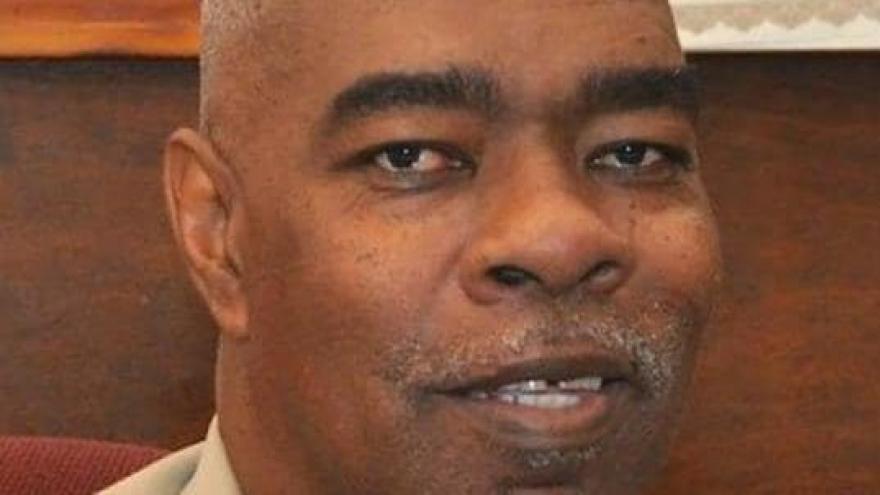 Lowndes County Sheriff "Big John" Williams, who was shot and killed on Nov. 23, 2019, at a gas station in Lowndes County, Alabama.

(CNN) -- An Alabama sheriff was killed Saturday evening in the line of duty, officials said.

Lowndes County Sheriff "Big John" Williams was responding to a call at a Hayneville gas station when he was fatally shot, Sgt. Steve Jarrett said.

"Through his service to our country in the (US Marines) and his many years working in law enforcement, he dedicated his life to keeping other people safe," Alabama Gov. Kay Ivey said.

Authorities announced 18-year-old William Chase Johnson, the suspected shooter, is in custody, according to a post from the Alabama Law Enforcement Agency.

Johnson was taken into custody without incident around midnight after he returned to the same gas station where the shooting occurred, Jarrett said.

"There was a handgun that appeared to be taken away from the suspect when he was taken into custody," he said.

Johnson was taken to a local detention facility where Jarrett said he will be interviewed.

Williams always had "kind words for everyone," the Calhoun County Sheriff's Office said. "You could not ask for a better man. This tragedy is heart breaking and you will be missed."

"If any of you know "Big John" Williams he was a wonderful man, everybody in law enforcement knew him. If you ever met him, you'll never forget him," Sgt. Jarrett said late Saturday. "He worked 24/7, he was an outstanding sheriff and a great friend to many, to many people and I'm sure the citizens here in Lowndes County will be deeply saddened."

He is the fifth law enforcement officer of the state to die from gunfire in the line of duty in the past 11 months, Marshall said.

"Serving the public in the role of a peace officer is a difficult calling, fraught with peril, yet thankfully many Alabama men and women choose to answer the call, often time putting their lives in danger to protect us," Marshall said.