An Alabama county is preserving a jail cell where Martin Luther King Jr. was held months before his assassination 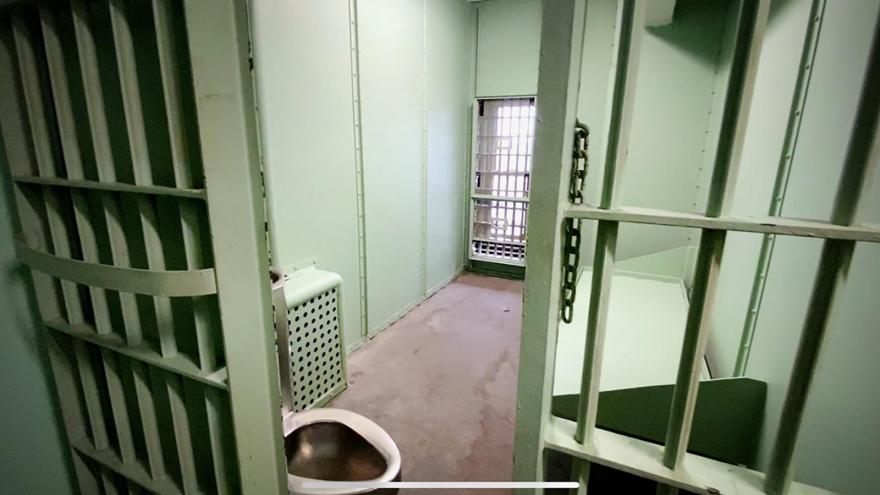 Pictured is the cell in the Jefferson County Jail in Birmingham where Martin Luther King, Jr. was last held before his assassination in April 1968.

(CNN) -- An Alabama county has passed a resolution to preserve a jail cell where civil rights icon the Rev. Martin Luther King Jr. is believed to have been held months before he was assassinated in 1968.

The cell, on the seventh floor of what is now the Jefferson County Courthouse in Birmingham, is the only one that was not removed when the building underwent renovations in 1996.

"In order for Jefferson County to truly move forward, we must first recognize our past mistakes, take corrective action, and move forward with a sincere desire to embrace people from all walks of life," said Jefferson County Commission President Pro Tem Lashunda Scales in a press release.

The commission unanimously approved the resolution Thursday to memorialize the cell -- the last existing one at the old Jefferson County Jail, Scales told CNN.

King spent three days in the cell in late October and early November 1967. His arrest was triggered by a civil rights protest that he and several others had organized in Birmingham more than four years earlier.

The city of Birmingham had obtained an injunction from the state forbidding anti-segregation protests, and King's group was denied a parade permit. Yet when they proceeded to march anyway in April 1963, King was arrested and spent eight days behind bars, where he wrote his renowned "Letter from Birmingham Jail."

After being released from jail King and several colleagues were convicted of contempt of court. Their appeal of the conviction failed when the US Supreme Court upheld the arrests, meaning that King, along with the Rev. Ralph Abernathy, Sr. and several others, were immediately arrested after getting off an airplane in Birmingham on October 30, 1967.

The three were charged with a failure to obtain a Birmingham parade permit and were taken to a jail in Bessemer. One day later, the civil rights leader and his companions were transferred to the Jefferson County Jail, where they spent three days before being released.

It's believed to have been the last time King was jailed before his assassination five months later, according to Scales.

"At the time he was arrested, Jefferson County was segregated, prejudiced and mean-spirited because of the evident racial and economic disparities that still linger to this very day," Scales told CNN. She said the county plans to turn the jail cell into a public exhibit for educational purposes.

"It tells the story of Martin Luther King, Jr. being here, serving time fighting for us and our civil rights," Pettway told CNN."As the first black sheriff, it's very important because I stand on shoulders of men just like him who fought for me to be able to have the right to be in this office."

Visitors to the jail cell will become better educated on how civil rights activists like King used the First Amendment to fight injustice and pave a path for positive change, Pettway said.

The passing of the resolution came about a week before the national commemoration of King's birthday on January 20.