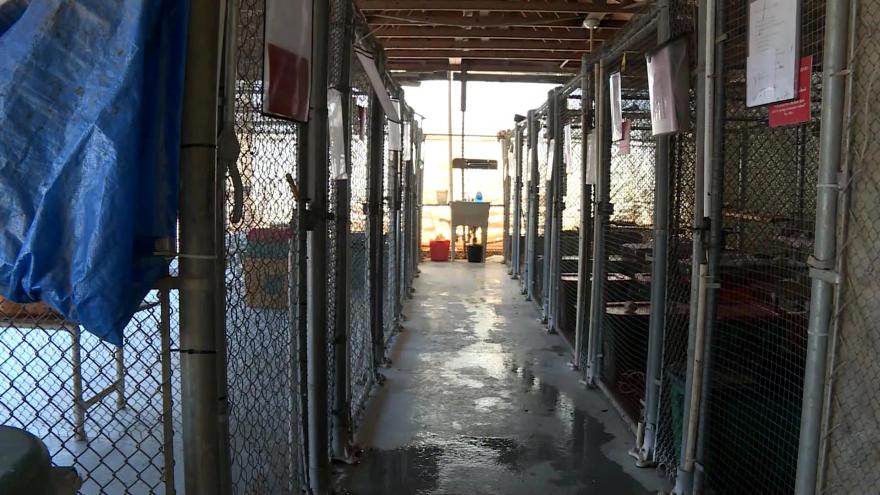 (CNN) -- Workers at an animal shelter in southeastern Alabama came to work Thursday and were shocked to find that two of the dogs had killed 29 cats overnight.

Bill Banks, director of the Dothan Animal Shelter, told CNN affiliate WTVY that two pit bulls forced their way out of their pens and pushed hard enough against the chain-link fences of the cat area to get inside.

Dothan Mayor Mark Saliba told CNN that the incident will be investigated immediately and that the City Commission has since identified the need for an updated animal shelter.

"Unfortunately, tragic events sometimes fuel us to push things forward a little bit faster," he said. "I'm thinking this will do just that."

Officials at the shelter, about 110 miles southeast of Montgomery, said that the pit bulls were brought in after being found roaming Wednesday and that their futures are still uncertain.

"We are all saddened and surprised by the event that took place," Saliba said. "The safety of our animals is the top priority at the shelter."

Counseling will be available for the animal shelter workers, according to WTVY.

The name "pit bull" can encompass a number of breeds, and although they have often been genetically bred to fight, environment can have extreme effects on their behavior, according to the American Society for the Prevention of Cruelty to Animals.

"While a dog's genetics may predispose it to behave in certain ways, genetics do not exist in a vacuum," an ASPCA statement says. "When it comes to influencing the behavior of an individual dog, factors such as housing conditions and the history of social interactions play pivotal roles in behavioral development."