An afternoon nap could improve your cognitive abilities, study says 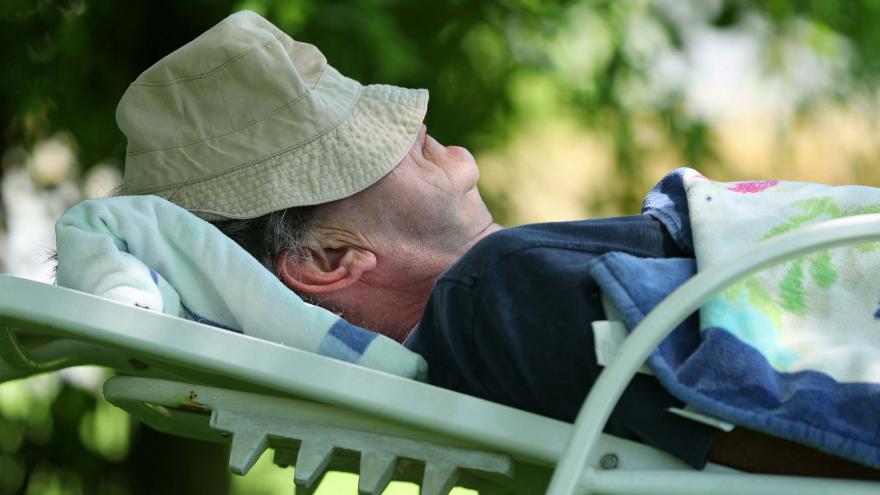 (CNN) -- Taking an afternoon snooze could keep your brain sharp, a new study has said.

Adults ages 60 and older who took afternoon naps showed signs of better mental agility compared to those who didn't nap, according to a study published in General Psychiatry earlier this week.

The participants were divided into two categories, those who took regular naps and those who didn't. The study defined naps as a period of sleep taken after lunch lasting between five minutes and two hours.

Participants took the Mini-Mental State Examination and the Beijing version of the Montreal Cognitive Assessment, both of which test for memory, language and other cognitive abilities. Results showed that napping positively affected older adults' mental abilities, said lead study author Cai Han, geriatric psychiatrist at The Fourth People's Hospital of Wuhu in China.

In every category listed in the study, nappers tested statistically higher on average compared to their non-napping counterparts.

"This study found that a proper nap is beneficial to the maintenance of cognitive function, so we encourage the elderly to take a proper nap," Han said.

Many factors can affect sleep

Researchers did not gather data from people under 60, so a correlation cannot be drawn between afternoon napping and younger generations. The study also noted that there are conflicting studies about the benefits and risks of napping.

Sleeping behaviors can be affected by a multitude of factors, said Dr. David Neubauer, associate professor in the department of psychiatry and behavioral sciences at Johns Hopkins University School of Medicine. Daily routines, medication use, environmental factors, lifestyle choices and sleep disorders can all play a role in how frequently someone takes a nap, he said.

In the future, Han wants to study the effects of different lifestyles on cognitive function.

The study didn't gather specific data on the length of time each participant took a nap within the five-minute-to-two-hour range or what time in the afternoon they slept.

Here's how to power nap

Neubauer recommended taking a shorter "power nap" of up to 20 minutes to decrease the chances of transitioning into slow-wave sleep, which makes people feel groggy when they wake up.

Naps should also be taken earlier in the afternoon to limit their possible negative impact on the following night's sleep, he said.

Napping can be a healthy part of an older adult's day, Neubauer acknowledged, but make sure sleepiness isn't due to a treatable nighttime sleep disorder.

"Older individuals who want to do all they can to preserve their cognitive functioning should prioritize nighttime sleep," Neubauer said.