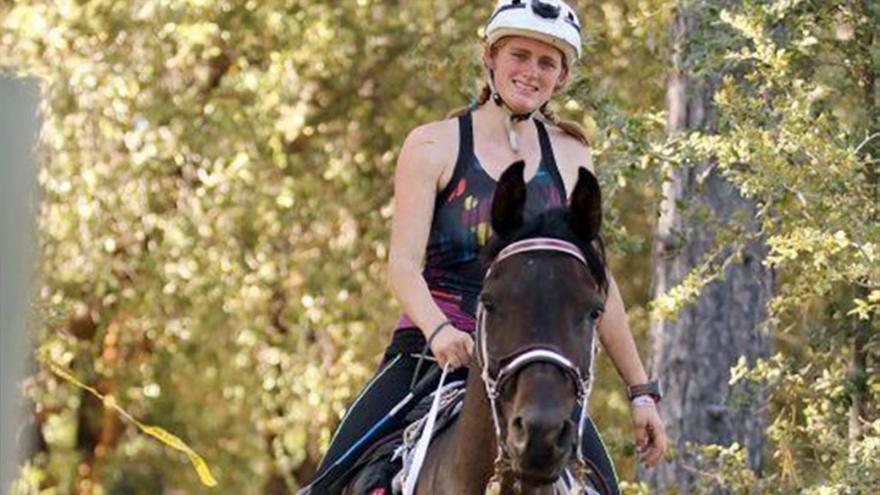 Goober isn't the only horse her family has found on Craigslist, Sanoma Blakeley says.

(CNN) -- After 16 hours pushing through the world's most rigorous endurance horse race, 18-year-old Sanoma Blakeley and her horse Goober were sprinting all-out under a black sky in California's Gold Rush country.

Neck and neck with them was a three-time winner of the race, Jeremy Reynolds. Blakeley, meanwhile, was striding atop a horse her family found for free on Craigslist.

"He passed me a couple of times in the last four miles," Blakely told CNN. "We were running our horses as fast as they were willing to go."

In the end, Blakeley finished about a horse length in front of her competitor.

After galloping out at 5:15 a.m. near Truckee, California, she and Goober had endured three canyons, multiple river crossings and epic elevation changes while traversing 100 miles on the Western States Trail.

Riding between points near Truckee to finish near Auburn, California, they were competing in the 64th annual running of the Tevis Cup on August 17. It bills itself as the world's most difficult equestrian endurance ride.

'You get out what you put in,' Blakeley says

Eight years ago, Blakeley's father Wasch answered a Craigslist ad offering the horse up for free.

"He didn't know the guy," Blakeley said. But it wasn't the only time they've found horses that way. "We've gotten a few good horses on Craigslist."

The family owns Blakeley Endurance Stables, where Goober is one of seven horses under their care.

The horse may not have come from strong racing stock, but Blakeley does. Her mother has completed six Tevis Cups and her father has finished five of the races.

Blakeley began racing horses in the American Endurance Ride Conference when she was just 6 years old. She first attempted the Tevis Cup as a 12-year-old in 2014, and then again in 2016.

Both times she didn't finish. The race has numerous veterinary stops throughout the course, where vets perform metabolic tests on the horses, and require a horse's pulse rate to fall to a certain level before the horse and rider can press on.

She said in her past attempts, her horse didn't pass muster at vet stops marking the 55th and 68th miles, respectively.

One difference this year: her horse.

"He was feeling really strong the whole day," she said. And when Goober's pulse rate fell to a normal resting rate faster than other horses, Blakeley could get a head start out of the vet stops.

Winning the race was a product of a lifetime of hard work for the young woman who hails from Terrebonne, Oregon.

"It was just a lot of time conditioning," Blakeley said. "You get out what you put in."