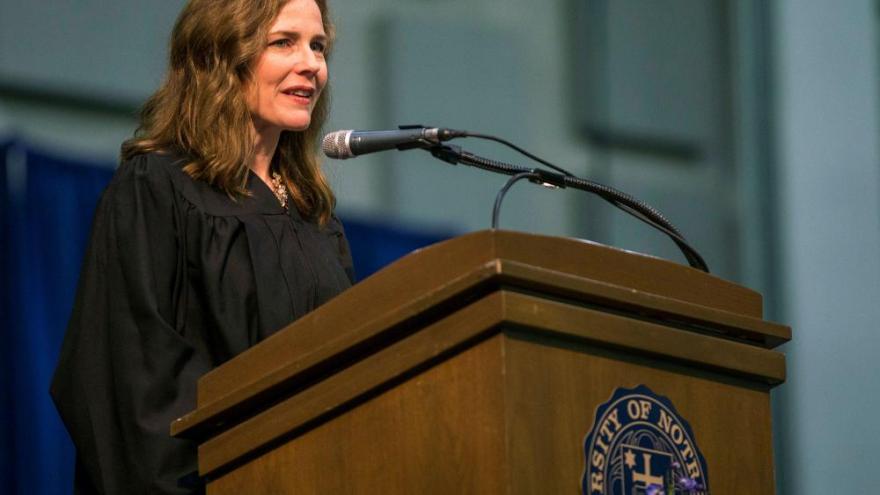 CHICAGO (AP) — President Donald Trump is widely expected to announce the nomination of Amy Coney Barrett, a 48-year-old Catholic who would be among the youngest justices to assume a high-court seat and hence potentially one of the longest-serving.

Her selection is as sure to energize the president's base as it is to galvanize his foes with only weeks left to Election Day.

Barrett's nomination could become a reckoning over abortion, an issue that has divided Americans for almost half a century.

Liberals fear Barrett's religious views coupled with her devotion to an interpretation of the Constitution known as originalism could chip away at Roe v. Wade and other landmark abortion cases.